Terrell's TuneUp: Land of the Dinsosaur

A version of this was published in The Santa Fe New Mexican
May 4, 2012

One of my favorite record labels in recent years is an independent roots-soaked punk outfit from San Antonio, Texas, called Saustex Media.

With its big green dinosaur-in-a-cowboy-hat logo, Saustex is the love child of Jeff “Smitty” Smith, singer and head hick of The Hickoids, a San Antonio band that, to misquote Barbara Mandrell, was cow-punk back when cow-punk wasn’t cool. The Hickoids are still going strong after all these decades — in recent months with Santa Fe’s own Tom Trusnovic playing guitar. They’re Saustex’s flagship band.

There are lots of great acts that have released music on the label — Piñata Protest, Glambilly, Sons of Hercules, Stevie Tombstone, and singer-songwriter Eric Hisaw. I was lucky enough to catch some of these acts in Austin during South by Southwest in March at a couple of Saustex-sponsored events.

And even better, the label has recently released a ton of new music: 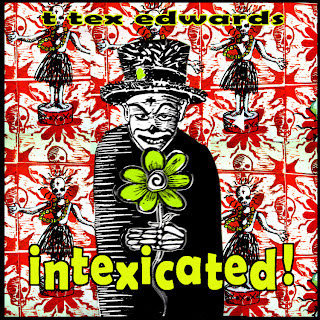 *  Intexicated by T. Tex Edwards. Dallas-born Thomas Edwards has been making a musical nuisance of himself for decades. He initially became known working with a punk band called The Nervebreakers — they opened for The Sex Pistols’ Dallas show in 1977 and these days sometimes still get together to play. Since then he’s fronted bands including The Saddle Tramps, Out on Parole, The Loafin’ Hyenas, Lithium X-mas, The Swingin’ Cornflake Killers, and recently Purple Stickpin.

This compilation includes recordings from Edwards’ post-Nervebreakers career spanning the early ’80s through to just a few years ago. There are lots of rockabilly influenced songs such as “Cravin’,” “It’s Gravity,” and “Thirteen Women.”

Best of all are “Move It,” a 1982 record with The Saddletramps, and the delightfully warped “Crazy Date,” recorded with Out on Parole featuring Edwards. This was an obscure 1959 regional hit by an Alabama group called The Crazy Teens. Tex, reciting the lyrics like a sinister Big Bopper, turns it into the diary of a terminal lech.

There’s also a good representation of Edwards’ trademark twisted takes on country songs. There are two tunes that grace Out on Parole’s 1989 psycho-country classic Pardon Me, I’ve Got Someone to Kill: Leon Payne’s “Psycho” (a 1984 rendition of the song featuring a sweet honky-tonk piano) and “LSD,” an obscure cautionary tale about acid originally recorded by singer Wendell Austin (“I started using LSD/ It gave me such a kick/ Better than booze and easy to use/ But it made me mentally sick”).
\
There’s also a nightmarish lo-fi cover of “Blood on the Saddle,” a tune associated with another Tex — Tex Ritter.

A real treat is a version of “Lee Harvey,” a song about the accused Kennedy assassin, recorded with The Hickoids in 1989 — several years before the Asylum Street Spankers released the version that I’m most familiar with. Written by Homer Henderson, the lyrics humanize the shadowy Oswald:

“Lee Harvey was a friend of mine/He used to take me fishing all the time/He used to throw the ball to me/ When I was just a kid/They say he shot the president/But I don’t think he did.”

One thing about T. Tex Edwards, he never sold out to the corporations. Oh, wait, he did! The last song here is a demo he did for Chili’s restaurant. I’m not sure if the chain actually used this 30-second punk-rock flash. But it did make me hungry for baby back ribs.

(On the Santa Fe Opry I'll be playing a special set of "Songs T. Tex Edwards taught us. The show starts at 10 p.m Mountain Time Friday on KSFR, 101.1 FM or streaming HERE ) 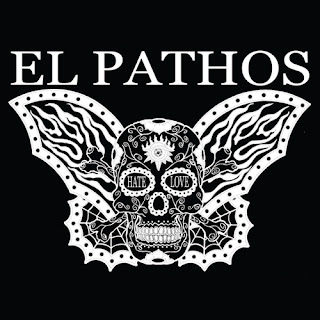 * El Pathos. This Austin band has only been around for a few years, but it’s made up of several veterans of Texas punk-rock groups (The Dicks, Offenders, Cat Butt, and others). They play a basic garage/punk, Stooge/Dolls-influenced brand of raw rock ’n’ roll — and do a fine job. There’s not a dull moment on this, their self-titled second album.

The album kicks off with the slow-burning “Election Day,” which sounds like Sticky Fingers-era Rolling Stones. The next song, “Straight Into the Sun,” slips into a higher gear. Try to listen to this one without thinking of “You’re Gonna Miss Me” by the 13th Floor Elevators.

One thing that sets El Pathos apart from most bands with similar approaches is that it has an actual steel/slide guit — Mark Kenyon — as part of its permanent lineup. And the group isn’t afraid to use him. In fact, there are a couple of fine country rockers hiding in this album, in which Kenyon shines.

The rowdy “Gypsy Minor” is a potential punk-rock honky-tonk classic, while the last song here, the melancholy country rocker called “Yesterday Mourning,” is nice and purdy. This album makes me want to seek out El Pathos’ first effort, Hate and Love. 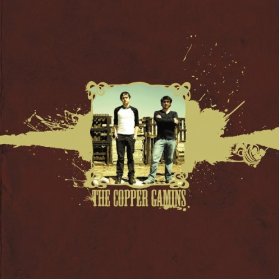 * The Copper Gamins. This five-song, self-titled EP is just a blast. The CGs are a two-man lo-fi punk-blues unit from San Miguel Totocuitlapilco, Mexico. The whole thing sounds like it was recorded in an abandoned gas station, but it’s got spirit.

My favorite song here is “Candy Man.” The CGs give songwriting credit to Mississippi John Hurt, but fans of the saint of Avalon, Mississippi, aren’t likely to recognize the song. Singer José Carmen howls like a castrato Smurf while drummer Claus Lafania sounds like a speed freak swatting mosquitoes with a baseball bat.

To hear songs by the above artists plus others on the label’s roster, check out this: 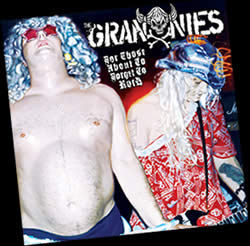 *  For Those About to Forget to Rock by The Grannies. This San Francisco group isn’t officially a Saustex band, but I saw The Grannies at Saustex’s recent official South by Southwest showcase with The Hickoids and Glambilly.

The Grannies are known for appearing in granny drag — bad wigs and even worse dresses. Many of their songs are sardonic looks at old age — “Walker on the Wild Side,” “Toothless,” and “Denture Breath.”

Now that I’m on the outskirts of middle age on a fast bus to Codgerville, maybe I should take offense at this. Instead, I’m taking a weird delight in it. Besides, The Grannies play fierce, aggressive, and tight, just like I love it.