TERRELL'S TUNEUP: Something Good About the Recession

A version of this was published in The Santa Fe New Mexican
May 25, 2012

I first became aware of the Texas band called The Great Recession Orchestra about a year ago, when a CD called Have You Ever Even Heard of Milton Brown? arrived in my mailbox. 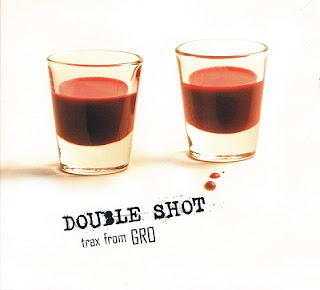 To answer the question, yes, I’ve heard of Milton Brown. He was a Texas bandleader in the 1930s who developed — first with W. Lee O’Daniel’s Light Crust Doughboys and then with his own Musical Brownies — a fusion of honky-tonk, pop, and jazz that would come to be known as Western swing.

Brown never achieved the acclaim that one of his former bandmates — a fiddler named Bob Wills — did. That might be because Brown died in 1936 from pneumonia after a being injured in a car wreck. But Brown created a sound that is immortal. In fact, The Great Recession Orchestra’s excellent album made me want to say, “Heck of a job, Brownie.”

Now, on its sophomore effort, Double Shot, the GRO is back with another impressive neo-Western swing album.

The group has members scattered all over the county, so, unfortunately, they don’t tour. But there are some fine musicians among them — a couple you should have heard of. Floyd Domino is a great Texas piano plinker and an original member of Asleep at the Wheel. Singer Maryann Price, who sings lead on four songs here, also was in the Wheel for a while, though she’s most famous for being a Lickette for Dan Hicks and His Hot Licks on Hicks’ greatest albums in the early 1970s. (She also sang with The Kinks on Preservation Act II.)

There’s a strong New Mexico connection in the GRO. It’s fronted by a singer named Damon Gray, who’s from Socorro, while the fiddler is Jimmy “J.D.” Smith, who grew up in Alamogordo. And producer Steve Satterwhite told me in an email earlier this year, “I spent many years in Farmington when I was a kid. I ate several bags of pinion nuts.”

Actually, Double Shot is two mini-albums on one disc. The first  is known collectively as "The Forties in Fort Worth" — a bunch of standards you would have heard on Texas radio back in that era. And this is mixed in with "Shaking the Sheiks," a road trip out of Texas honoring an influential Southern string band, The Mississippi Sheiks. I was serious when I said “mixed in.” Sheiks tunes are found between Forties in Fort Worth songs and vice versa.

:The Forties in Fort Worth" features some classics. There are at least a couple of Floyd Tillman songs — “They Took the Stars out of Heaven” and “Divorce Me C.O.D.” There’s “Cow Cow Boogie,” a Western pop tune originally sung by Ella Mae Morse and later by Ella Fitzgerald. The GRO version, sung by Price, sounds like it could be an outtake from one of those classic Hicks albums. Price also does a sultry take on “(I’d Like to Get You on a) Slow Boat to China,” a 1948 Kay Kaiser hit.

But my favorite songs on this album tend to be the Mississippi Sheiks songs. The Sheiks, who were popular in the late 1920s and much of the ’30s, included guitarist Walter Vinson, fiddler Lonnie Chatmon, and sometimes singers Bo Carter and Sam Chatmon. Their most famous song was “Sitting on Top of the World,” which has been covered by a zillion people — one of whom was Milton Brown. The GRO included its own version on its tribute album.

The Sheiks songs are bluesier and earthier than the other songs here. But the GRO transports them from the metaphorical Mississippi juke joint to the archetypal Texas honky-tonk by giving them the Western swing treatment. And it works. The material lends itself nicely to that. In fact, “Sweet Maggie” sounds like an earlier version of the blues song “Corrine Corinna,” which Bob Wills & the Texas Playboys made into a hit.

“Cat Fight” and “She Ain’t No Good” are among the highlights of the Shaking the Sheiks songs. And one surprise — I never realized before that the Sheiks were tax protesters, but they are just that in their song “Sales Tax,” which the GRO performs here.

Once again, Price provides one of the most satisfying songs on this record. “Sheik That Thing” (no, the Mississippi Sheiks didn’t spell it that way on the original song) is good, suggestive fun. I think my favorite is “Bootlegger Blues,” sung by Gray, though I prefer the version by Alvin Youngblood Hart with The South Memphis String Band from a few years ago.

Let’s hope the GRO continues its musical explorations into the roots of Western swing even after this recession is over. 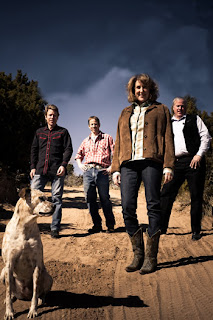 *  Lights of Santa Fe by Cathy Faber’s Swingin’ Country Band. Faber, a singer and upright bass player, is a veteran of Santa Fe music, having served time in Bill Hearne’s band and more recently with her own group, which includes some of New Mexico’s finest — steel guitarist Augé Hayes, guitarist George Langston, and drummer Britt Alexander. Jono Manson adds some harmony vocals, and he co-produced it with Faber.

Some of the finest cuts here, like “San Antonio Romeo” (written by former Taos resident Tish Hinojosa) and “Blues Keep Callin’ ” (composed by rockabilly goddess Janis Martin), are in the Western swing mode, while “Jack’s Red Cheetah,” my personal favorite, sounds like a close cousin.

But despite that and the band’s swingin’ name, most of the songs here aren’t swing. They’re just good country tunes — like Tammy Wynette’s “Your Good Girl’s Gonna Go Bad” and Jim Reeves’ “He’ll Have to Go” (with Hayes on lead vocals) — from the day when country sounded country.

Faber also dips into singer-songwriter territory with songs by Eliza Gilkyson (the title song), Lucinda Williams (“Big Red Sun Blues”), and Karla Bonoff’s “Home,” which I remember from some old Linda Ronstadt record.
at May 25, 2012