I’ll admit, I probably spend far more time listening to music on my computer than most people my age — way too much time looking for ways to listen to the music of the bands I like.

For the past six or seven year, I’ve written about some of my favorite music sites in this column. Music blogs and websites seem to come and go. But while recently listening to a 1970 Frank Zappa concert on Wolfgang’s Vault, I realized that many of the sites I’ve raved about on these pages are still up and running after all these years.

Here’s a look at some some those fine places that have hours (days, weeks, years) of music just waiting for your years.

* Live Music Archive This treasure trove is part of The Internet Archive, a nonprofit that started in San Francisco in 1996. The stated goal of the Live Music section is “to preserve and archive as many live concerts as possible for current and future generations to enjoy.” In recent years, the site has teamed up with www.etree.org, an online community of live-music recording enthusiasts.

When I first wrote about Live Music Archive in 2006, there were about 30,000 recordings of free concerts available for downloading from artists who either posted shows themselves or gave their blessings to fans to do so. Today there are more than 105,000 recordings, with more than 1,000 new ones coming in each month. As was the case in 2006, the vast majority of the 5,300-plus musical acts represented here are kind of obscure, although you can find some pretty sharp needles in this haystack. Live Music Archive is nirvana for Grateful Dead fans — though it’s pretty dead for Nirvana fans. There are currently more than 8,000 Dead shows posted. Granted, some are duplicates. Last time I looked, there were seven recordings of the band’s last show — July 9, 1995 at Soldier Field in Chicago.

These days, the concert pages have handy, dandy jukebox widgets, so you can listen to the show right there. And you can embed it on your own blog or website. The MP3s offered on the site are pretty low-fi, but there are some other fancier formats like FLAC (free lossless audio codec) for the audiophiles.

Some of the posted concerts I’ve been enjoying recently include Scott H. Biram, The Bell Rays, Carolina Chocolate Drops, and Wayne Hancock. Disappointingly, I haven’t spotted any current Santa Fe bands here, though former Santa Fean Nathan Moore, formerly of ThaMuseMeant, has posted 33 shows, the most recent from late July.

* The Free Music Archive  Like the Live Music Archive, this site is a huge and ever-growing library of free and legal downloads of independent artists who allow their music to be posted there. There are thousands of tracks that you can stream as well as download. You can build your own playlists. You can embed. And the sound quality here tends to be better than on the Live Music Archive’s MP3s. This was started by WFMU, an amazing radio station in Jersey City. WFMU is, by far, the biggest supplier of material, although other stations, music venues, independent labels, and individual artists have also contributed tracks here.

Most of my favorites are from live performances at WFMU’s studios. These include sets by The A-Bones, Reigning Sound, Ty Segall, Dan Melchior, The Electric Mess, and The Fat Possum Blues Caravan (featuring T. Model Ford, the late Paul “Wine” Jones, and Kenny Brown).

Late last year, Barrence Whitfield and The Savages, featuring Peter Greenberg of Taos on guitar, played the Cherry Blossom Clinic show on WFMU. That performance was posted on the Free Music Archive shortly after.

I first wrote about this site in May 2009. Read that HERE. 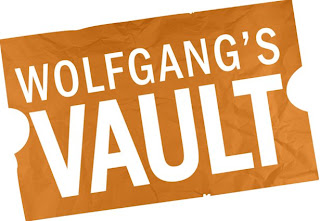 * Wolfgang’s Vault:  When I first wrote about this site in 2007, I warned readers to “enjoy it while you can,” because at the time the site was being sued for alleged copyright violations by representatives of several bands including Led Zeppelin, the Grateful Dead, Santana, and the Doors, whose music was being streamed there . “In most such cases, the music industry wins and cool music websites lose,” I moaned. That’s usually true, but I was wrong. Wolfgang’s still stands.

Unlike the Live Music Archive and the Free Music Archive, Wolfgang’s Vault is a commercial site. It has free streaming recordings of complete concerts going back to the ’60s and some videos you can watch for free. But the site also sells downloads of certain shows as well as old posters, T-shirts, and other music merchandise. The site specializes in the lost treasures of the late Wolfgang Grajonca, better known as Bill Graham, the rock promoter best known for The Fillmores West and East.

And though Wolfgang’s no longer streams Led Zep or The Doors, the collection of concerts keeps growing. There are lots of old blues artists like Big Mama Thornton, Buddy Guy & Junior Wells, Mississippi John Hurt, and Muddy Waters; proto punks like The MC5, The Flamin’ Groovies; and late-’70s and early-’80s punk and New Wave shows from The Ramones, Iggy Pop, Devo, Elvis Costello, Patti Smith, and Talking Heads.

Unlike the other sites mentioned here, Wolfgang’s has iPhone and Android apps, so you can listen to all your favorite concerts wherever you go.

Here's some music from those sites.

Listen to more Mothers of Invention at Wolfgang's Vault.


How about a 2003 Legendary Shack Shakers show from the Live Music Archive?