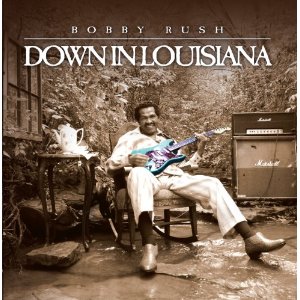 Blues, soul, and folk-funk trooper Bobby Rush isn’t exactly stretching any musical boundaries on his latest album, Down in Louisiana. But the album is full of strong, energetic performances that should satisfy old fans and maybe even impress some new listeners.

A longtime veteran of the contemporary “chitlin’ circuit” — a loose-knit string of music venues that caters to middle-aged working-class African Americans — Rush didn’t receive much national attention until 10 years ago, when he was featured in a memorable segment of The Road to Memphis, part of the Martin Scorsese Presents the Blues series on PBS.

A little history: Rush was born Emmit Ellis Jr. in Homer, Louisiana, in 1940 — or 1936, or was it 1935? Reportedly his father’s profession — he was a pastor at not one but two churches — is why the younger Ellis decided to use a stage name. Back then, the son of a preacher man wasn’t supposed to be fooling around with the devil’s music — though according to some sources, Emmit Sr. picked a little guitar and blew a little harp himself.

Rush’s family moved to Arkansas when he was a teenager and to Chicago in the mid-’50s. There he fell in with blues giants Freddie King and Luther Allison, playing in bands with both. Rush didn’t have a “hit” record until 1971, when tiny Galaxy Records released his single “Chicken Heads” (which was included in the impressive soundtrack of the 2007 film Black Snake Moan). 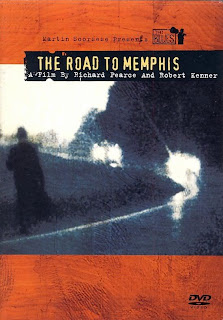 By the early ’70s, Rush slipped the surly boundaries of Chicago blues, signing up with Kenny Gamble and Leon Huff’s Philadelphia International label. His first album for the label, Rush Hour (1979), wasn’t as lush and slick as most of Gamble and Huff’s fare. Like Johnny “Guitar” Watson in the ’70s, Rush mutated from down-home blues to a sound closer to soul and funk than it was to the work of Muddy Waters and Howlin’ Wolf.

For years, stretching into this century, Rush’s music featured horns, sometimes strings, and plenty of cheesy synthesizers (way too many for my taste). But Down in Louisiana features a stripped-down bar band (no horns, no synths) for a basic soul/blues sound. It’s not quite as basic as his “unplugged” acoustic album Raw from a few years ago, but it works.

The title song kicks off the album. Old rock ’n’ rollers should notice that some of the lyrics are lifted from the old P.J. Proby hit “Niki Hoeky” (a song that Rush himself covered several years ago). It’s a swampy song that features a Cajun accordion and hard-throbbing bass.

It’s good to know that despite his advanced years, Rush still has a healthy dirty mind. Among the songs here are double-entendre-ridden tunes (mild by modern standards) such as a remake of one of his early songs, “Bowlegged Woman” (“You and me, baby, we go in hand/Like a bowlegged woman and a knock-kneed man”). And there’s one I had never heard before, “You Just Like a Dresser” (the punch line here is “Someone’s always ramblin’ in your drawers”).

Rush gets to show off his harmonica powers on “Don’t You Cry,” a sweet, slow blues ballad. Then on “Tight Money” he sings about economic hard times. It’s about the current economic situation, though the song starts out when the singer is 5 years old and his parents have to pack up and leave town — for reasons the youngster doesn’t understand until years later.

One of the best cuts here is “Raining in My Heart,” which features a nice, raunchy guitar hook and more “borrowed” lyrics (“The sun’s gonna shine in my back door someday”).

Speaking of that old blues tradition of lifting lyrics from older songs, Down in Louisiana ends with “Swing Low,” a back-to-the-swamp spiritual (with guitar licks that would make John Fogerty smile) in which Rush mixes lines from that song about the chariot, “Samson & Delilah,” “12 Gates to the City,” and probably others. It’s a satisfying Sunday-morning coda to a fun Saturday-night kind of album. 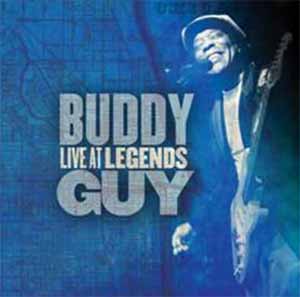 * Live at Legends by Buddy Guy. Buddy Guy is much better known than Bobby Rush. He was honored at the Kennedy Center last year for his contributions to American arts. He played at the White House a few months before and even got the president up on stage to sing “Sweet Home Chicago” with him and other blues greats.

But the two have a lot in common. Both were born in Louisiana and made their first records in Chicago. And both are able to blast out the blues despite the fact that they are in their mid-70s.

Guy even does a version of Rush’s “Chicken Heads” on this album, as part of a medley with Willie Dixon’s “I Just Want to Make Love to You.” At one point during the tune, he chuckles, “I know y’all laughin’ but I didn’t write this fuckin' song. This was written by Bobby Rush. I just like it.”

Guy is best known not as a writer, not even as a singer, but as a guitarist. It’s well documented that his flashy, fiery style (and high-energy stage antics, especially in his younger days) was an enormous influence on the likes of Jimi Hendrix and Eric Clapton.

Like the title says, most of this album was recorded live at Legends, which is Guy’s own nightclub on Chicago’s South Side. The live tracks were actually recorded at the old location of the club — in 2010 it relocated to a new home a few doors up on South Wabash Avenue.

Learn more HERE about Buddy Guy, his music, his nightclub, and even the lunch and dinner menus for Legends — Buddy’s Blackened Blues Burger and the Highway 61 Caesar’s Salad sound delightful.