Handsome Family to Be Interviewed on Santa Fe Opry 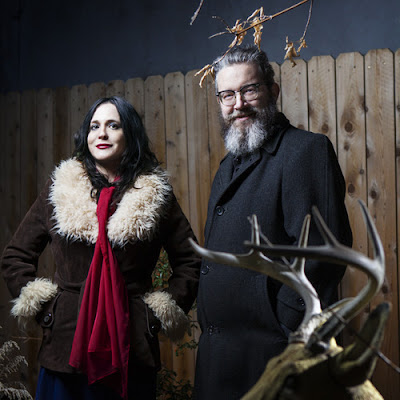 This Friday night, Brett & Rennie Sparks, better know as The Handsome Family, will join me by phone on The Santa Fe Opry.

The Handsomes are releasing a new album called Wildnerness, which I've been playing for a few weeks on the show. (I'll play some more of it on Friday.)

A wise critic once wrote:

The show starts at 10 p.m. and the interview will be about 15 minutes later. Tune in.

In the meantime, enjoy a couple of videos.

I'm pretty sure I've been to this store they're singing about in the video below.