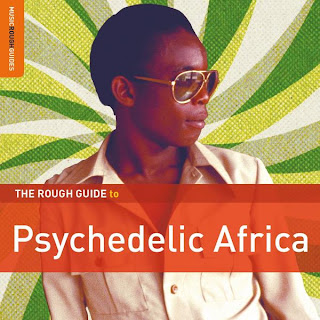 * Rough Guide to Psychedelic Africa by various artists. This collection reminded me how much I love some of the strange and wonderful sounds that were coming out of Africa in the late '60s and '70s. (It also sparked the idea to include a set of African psychedelia on the latest Big Enchilada podcast, even though no tracks from this collection ultimately made it to that episode.)

It was a time in which African musicians were discovering  Jimi Hendrix, Carlos Santana and Funkadelic. And we can't forget James Brown, who though not normally considered "psychedelic," injected his wild energy on all musicians who took him to heart. That's definitely the case with Nigerian shouter Victor Abimbola Olaiya, whose "Let Yourself Go" opens the album.

The real star of this record is another Nigerian Victor -- singer/guitarist Victor Uwaifo. Not only is his spacy classic "Guitar Boy" here, but there's an entire "bonus" disc worth of Uwaifo cuts. Sometimes these songs start out as fairly conventional Nigerian highlife, then take a sharp turn toward the astral plane when Uwaifo takes a guitar solo.

Other high points here include "Nijaay" by the Senegal-based Orchestra Baobab, featuring some other-worldly guitar (This is a fairly recent recording, from 2007);  Ethiopian Alemayehu Eshete's slow-burning "Eruq Yaleshew"; and the rubbery guitar of Celestine Ukwu of Nigeria on the meandering tune "Obialu Be Onye Abiagbunia Okwukwe" is downright trippy.

Howver, I'm certainly not the first to point out that this Rough Guide collection has a rough definition of "psychedelia" and that much of the material here, while being decent African dance music, won't immediately remind a listener of The Doors or Quicksilver Messenger Service or the Electric Prunes.

So if you want to get acquainted with true African psychedelia, you'll find more actual journeys to the center of your mind on collections like those great Soundway Records compilations like The World Ends: Afro Rock & Psychedelia in 1970s Nigeria and Nigeria Rock Special: Pyschedelic Afro-Rock & Jazz Funk in 1970s Nigeria -- not to mention the fantastic Luaka Bop collection Love's a Real Thing: The Funky Fuzzy Sounds of West Africa. 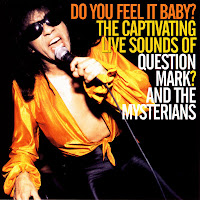 This live album from Norton Records was recorded in 1997, which wasn't such a  bitchen year, though it was recorded at the Cave Stomp Festival in Coney Island, which by all accounts was a mega-bitchen affair. As Question Mark recently explained to me, his set lasted well past the wee hours of night into the next morning.

It's a high-charged set that includes 19 gems from The Mysterians' heyday. And even though the band at that point was 30-plus years beyond "96 Tears," they played with enough energy to put much younger players to shame.

(For my recent radio interview with Question Mark CLICK HERE. And hey, I downloaded Aretha Franklin's version of "96 Tears" especially for that show.) 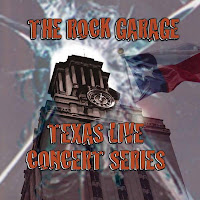 * The Rock Garage Texas Live Concert Series Vol. 1. This is a collection of live performances in Austin, Texas in 2009 and 2010 compiled  by photographer/videographer/rocker Michael Crawford on his label The Rock Garage.

It includes songs by The Hickoids and Churchwood (both of which I've come to know through Saustex Records); revered Texas garage-punk bands including The Ugly Beats and The Pocket FishRmen (who have their own live album released by The Rock Garage) ; some cool alt-country such as The Texas Sapphires (who used to play Santa Fe fairly regularly a few years ago) covering X's "The New World"; electro-punx Pong; and more.

Not all the bands are from Texas. This album has tracks by Nashville Pussy as well as Dash Rip Rock from New Orleans.

You have to note that "Volume 1" is in the title here. Here's hoping for a Volume 2 in the near future. 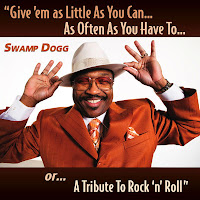 * Give 'em as Little As You Can…As Often As You Have To…or…A Tribute To Rock 'n' Roll by Swamp Dogg. eMusic gave everyone a $5 bonus last month because their site's search function went kapoot for a couple of days.

This occurred at the time I was starting to write my column on the new Swamp Dogg reissues, so I couldn't resist using my bonus to pick up the latest (2009) studio album by Swamp (at least his latest non-Christmas album.)

This is a covers album, with Swamp putting his own stamp on rock, soul and blues standards. You might think the Free World doesn't really need new souped-up versions of old chestnuts like "Johnny B. Goode," "Great Balls of Fire" and "Heartbreak Hotel" But Swamp Dogg makes them all irresistible. You haven't heard them like this before. He even makes "I Want to Hold Your Hand," one of my least-favorite Beatles songs sound fresh.

Swamp covers The Stones, Fats Domino, Aretha, Springsteen, Bob Marley, The Temptations ... and, yes, Swamp Dogg. There's a new version of his own classic "Total Destruction to Your Mind." I like the original best, but this one ain't bad. 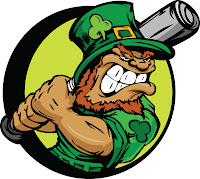 These were:
* "Rosettes" by The Men They Couldn't Hang
* "Nantucket Girls Song" by The Tossers
* "Drunken Lazy Bastard" by The Mahones
* "Breaking Through" by Blood or Whiskey
* "Brennan on the Moor" by The Clancy Brothers with Tommy Makem (This isn't Celt-punk in form, ony spirit)