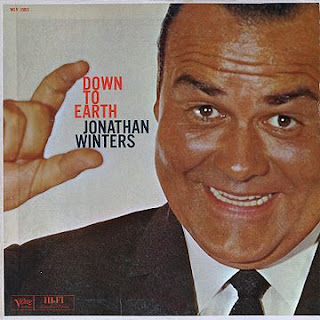 He wasn't a musician, but still I consider Jonathan Winters' weird and hilarious comedy to be rock 'n' roll in spirit.

Jonathan died Thursday at the age of 87. Here's one obit HERE. Here's ANOTHER.

I'm no comedian, but Jonathan Winters had a huge influence on my own warped sense of humor. Some of his improvised one-liners have stuck with me for years and oftern come out at inappropriate moments.

"I knew your dad during the war. He was a traitor."

"Not much upstairs, but below the neck, gangbusters!"

But nobody did it like Jonathan. Here's a small sample of his work below.