One of the finest achievements of popular music was released 40 years ago this year. And there's a good chance you never heard of it.

I'm talking about Heart Food by the late Judee Sill.

I reviewed a reissue of the album 10 years ago in Terrell's Tuneup. The album had been out of print at that point for nearly 30 years. Then I wrote:

I've loved this album since the first time I heard it when I was 19 years old. And as longtime readers of this column know, generally I hated most '70s mellow California female singer-songwriters. (Judee's self-titled first album - also just re-released on Rhino Handmade - was the first album to be released on Asylum Records, David Geffen's haven for L.A. singer-songwriter types. Jackson Browne's debut was the second.)


Judee was a strange and uncomfortable presence in the early '70s music scene. Coming from a well-to-do Hollywood family, she could almost have been the model for Joni Mitchell's "Trouble Child" or even "Little Trouble Girl" by Sonic Youth. We were all rebellious and contrary back then, but Judee carried it all the way - drugs, possibly prostitution and eventually jail, where it's said she kicked a heroin habit, at least for a while. 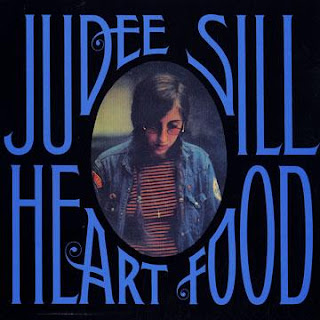 Although her two albums received critical praise, like most of the stuff I like, they didn't make beans. Judee soon disappeared.


For many years I hoped for a follow-up to Heart Food. In recent years I fantasized about a big "comeback" where Judee would get some of the recognition she deserved.


I didn't learn until a couple of years ago that Judee was dead. She didn't even make it to the '80s. The CD booklet for Heart Food and other sources say she died of a drug overdose in 1979 (though the online All Music Guide quotes Graham Nash as saying he heard Judee had died as early as 1974).


Apparently, after she was injured in a car crash, Judee became addicted to painkillers, which led her back to heroin. By the time she died, she'd been out of the spotlight so long that the press didn't know it.


The "masterpiece within the masterpiece" in Heart Food was "The Donor," an eight minute dark-night-of-the-soul meditation. In my column I said it  "sounds like what "Surf's Up" would have been had Brian Wilson called on Leonard Cohen to write the lyrics instead of Van Dyke Parks."


What got me thinking about Judee and Heart Food and "The Donor" was a recent post on the Dangerous Minds blog. There, Jason Louv writes, "`The Donor' is the heaviest thing I have ever heard. And the best."

Here's a couple of songs from the album, including a live performance of "The Kiss."

Do yourself a favor an listen to these late at night.