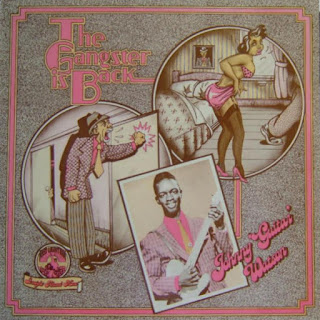 * The Gangster is Back by Johnny "Guitar' Watson. Back in the mid 70s, rock stations across this fair land began playing this smooth, funky tune with an amazing little blues guitar solo in the middle featuring this guy singing about his economic frustrations:

"I program computers /I know accounting and psychology / I took a course in business / And I can speak a little Japanese .../ Gotta work two years / To get one week off with pay /And when I’m on my job / I better watch every word I say ..."


The singer's name was Johnny "Guitar" Watson, and this oddball hit was called "Ain't That a Bitch." For most of us, Watson seemed to have come out of nowhere. But the truth is, the Houston-born bluesman had an impressive resume going back to the early days of R&B and rock 'n' roll.

The Gangster is Back is a compilation of some of his earliest recordings, including records he made for the Bihari Brother's RPM label, including "Johnny Guitar," "Hot Little Mama," "Too Tired" and "Don't Touch Me."

But his classic song from the 1950s, alluded to in the title of this collection, was "Gangster of Love," a song later covered by Johnny Winter, Steve Miller, The Grateful Dead, Sam the Sham & The Pharaohs (where I first heard it) and others.

The best line in the song, exemplifying Watson's cocky attitude, and arguably anticipating gangsa rap, was "The sheriff said, `Is your name Johnny 'Guitar' Watson?' in a very deep voice / And I said, "Yes sir, brother sheriff, and that's your wife on the back of my horse.'" 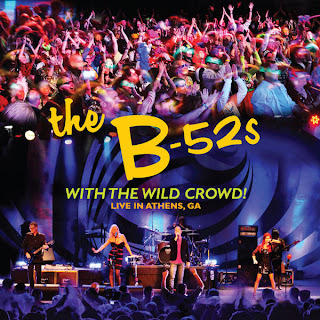 * With the Wild Crowd by The B52'S. Techno-goof lives! I'll admit I hadn't thought that much about the B-52s lately until I saw a recent tweet from the Dangerous Minds blog linking to a blog post titled "Only Assholes Don't Like The B-52s Part 6." I read that post, then followed the links and read the previous five parts. But before I even started, I realized, by cracky, he's right!

I've loved this band since their first album came out. Back about 1980 or so, when there was a hot-tub business downtown called The Soak, my then-wife reserved us a tub room and told me to bring some romantic music. I was shocked that she got pissed at me for bringing a cassette of The B-52s' first album. What's not romantic about "Rock Lobster"?

This is a fairly recent (2011) live album by The 52s. I knew they're. Still touring in one form or another, but frankly, I was afraid that they'd devolved into a casino act. Well, it's true that the huge majority of the songs here are from the days of yore. But, performing before a hometown crowd in Athens, Ga., the band is on fire. Kate and Cindy sing their guts out and geeky old Fred exudes Frednicity all over you.


Plus, I like their new songs like "Love in the Year 3000," (Come on fellas, admit it. You've fantasized about "erotibots" who look like Kate and Cindy, right? ) "Funplex" and "Ultraviolet." In fact I've put their 2008 studio album Funplex on my "Saved" list for future consumption. 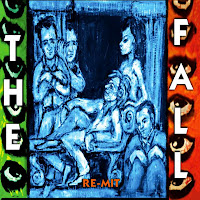 * Re-Mit by The Fall. The Fall is an institution, or maybe a natural phenomenon. They'll probably never get popular, but who those of us who have heard the Call of The Fall, the world would not be the same without them.

To the truly initiated, The Fall is everywhere. Every time you hear a car crash, an explosion, a radio blaring static -- you hear Mark E. Smith ranting, cursing, making rude noises in the background.

It doesn't matter what he's saying. Even when you're able to make out the lyrics, good luck trying to decipher any "meaning."

What matters is that Mark E. is there. 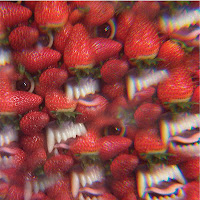 * Floating Coffin by Thee Oh-Sees.  This year is not even half-cooked yet, so it’s much too early to be declaring an album of the year.

But from my very first listen, I knew in my heart that Floating Coffin, the latest CD by Thee Oh Sees,would place high in my annual Top 10 list.

Sound familiar? I just slobbered all over this album in last Friday's Terrell's Tuneup.  Read the whole review HERE.
at June 03, 2013