TERRELL'S TUNEUP: From Here to The Oblivians

A version of this was published in The Santa Fe New Mexican
June 7, 2013 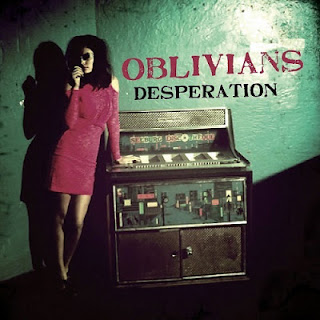 They’re back. It’s been 16 years or so since their previous studio album, but Memphis’ finest-trash rockers, The Oblivians, have unleashed an album of new songs. It’s called Desperation. And it’s a kick and a half.

Perhaps they are not quite as hyper-energetic as they were back in the ’90s. And perhaps some of their longtime fans might be disappointed that none of the new songs contain any profanity in their titles, and that unlike some of their old albums, the pretty woman on the cover of Desperation has all of her clothes on.

But make no mistake about it, this is an Oblivians album, one they can be proud of — full of humor, passion, and lo-fi crazy slop, with echoes of soul, blues, rockabilly, and of course, wild, unfettered garage rock. And there are even a few somewhat melodious tunes that almost suggest a certain tenderness.

For those unfamiliar with the joys of Oblivia — and that number is shockingly high, because even in the band’s prime, their following didn’t grow much beyond cult-level — the group was a trio. Greg Cartwright, Jack Yarber, and Eric Friedl took turns on lead vocals, guitar, and drums. When the band split up after the excellent … Play Nine Songs With Mr. Quintron — a wild gospel-influenced romp featuring Mr. Q, a New Orleans organ wizard — the three stayed involved in the music biz. 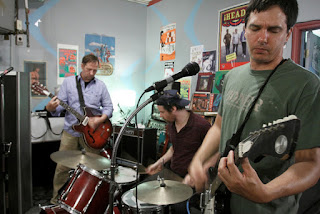 Cartwright formed the highly respected Reigning Sound; Yarber has recorded under the name Jack Oblivian (his 2011 album Rat City was lots of fun) and with a band called the Tennessee Tearjerkers; and Friedl has played in bands like Bad Times and The Dutch Masters, though he’s best known as founder and owner of Goner Records, a Memphis-based label and record shop.

The three have been playing “reunion” shows for several years (including a tour with The Gories, another band that broke up in the ’90s but rose from the dead a few years back).

But it wasn’t until last year that Cartwright, Yarber, and Friedl started writing new songs together and recording. The whole shebang was recorded last year in less than a week at the Black Keys’ Dan Auerbach’s studio in Nashville.

Desperation starts off with “I’ll Be Gone,” a hard-driving tune that reminds me of the late Jay Reatard’s sound. It’s a good statement of purpose for the album. “There ain’t no way to know/How life will change you so/Let’s rock & roll as we get old.” This is followed by the frantic new song “Loving Cup.” Those who say the 2013 Oblivians couldn’t keep up with their younger selves surely haven’t heard this track.

A couple of songs invoke law enforcement. One is a less-than-two-minute quickie called “Woke Up in a Police Car,” which wouldn’t have sounded out of place on a Ramones record. But even better is the next song, “Call the Police.” With Mr. Quintron on the organ, the lyrics sound like a mad mash-up of Hank Williams’ “Jambalaya” and Louis Jordan’s “Saturday Night Fish Fry.” It’s actually a cover of a contemporary zydeco song by singer Stephanie McDee.

Another standout is “Little War Child.” Don’t worry, it’s not a rehashed Jethro Tull song. Starting out with the line “I met her at the battle of the bands … backstage I became her number one fan,” this is an ode to an unnamed female rocker. The melody is a nod to the old “girl-group” sound. And even though it’s Yarber singing, it should remind Cartwright fans that he produced, played on, and wrote songs for former Shangri-La Mary Weiss’ 2007 comeback album. I wouldn’t be surprised if Joan Jett covers it in the near future.

I’m not sure that The Oblivians will be a going concern. For one thing, I understand that Cartwright is working on a new Reigning Sound album. But judging by Desperation, I get the idea that these three guys enjoy playing with each other. I certainly wouldn’t mind if they stuck around for awhile.

Wanna hear the Oblivians during their heyday? Follow this link and you'll find a wild 1996 show in St. Louis. 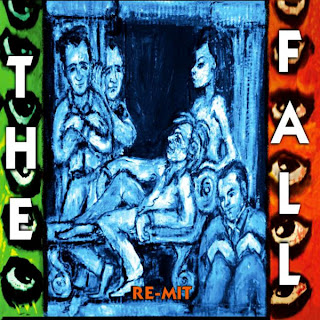 * Re-Mit by The Fall. It’s too late to turn back now. The Fall is an institution or maybe a natural phenomenon. They’ll probably never get popular, but for those of us who have heard the Call of The Fall, the world wouldn't be the same without them.

To the truly initiated, The Fall is everywhere. Every time you hear a car crash, a distant explosion, thunder cracking, a radio blaring static, a wino screaming profanities at nobody in particular — you hear the voice of Mark E. Smith ranting, grumbling, making rude noises in your head.

It doesn’t matter what he’s saying. Even when you’re able to make out the lyrics, good luck trying to decipher any meaning from the words. Here’s a random sampling of lyrics from Re-Mit:

“Spider! Why have I got spiders? Dear spider. Hello spider. Help me spider” (from “Kinder of Spine”).

“James Murphy is their chief. They show their bollocks when they eat” (from “Irish”).

No, it doesn’t matter what he says or even what he means. What matters is that Mark E. Smith is there. For years The Fall shuffled members more often than Smith changed his socks. So it’s remarkable that the band has kept the same lineup for the past three or four albums: keyboardist and singer Elena Poulou (Smith’s wife and band member for more than a decade); Pete Greenway, guitar; Dave Spurr, bass; and drummer Keiron Melling.

These guys and gal have become very proficient in their roles, cranking out tasty garage riffs (Hey! I recognize The Yardbirds’ “Heart Full of Soul” in “Irish”) while Smith does his shaman/crank bit. Poulou seems to be leaning more into electronic poots and squiggles than she has on previous efforts. But nobody’s going to mistake this for some throwaway electronica record.


And here's where The Oblivians got "Call the Police" (Thanks, Jane)