A version of this was published in The Santa Fe New Mexican
July 1, 2013

A lot of country singers do songs about being a cowboy. But Michael Martin Murphey doesn't just have the songs and the hat. 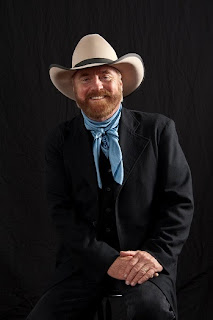 In a recent telephone interview, Murphey said he operates ranches in Colorado, Texas, and Wisconsin.

“They’re pretty much dedicated to horses. I’ve been involved with cattle, but I’ve decided to concentrate on horses,” said the man responsible for “Wildfire,” probably the most famous horse song of the 20th century this side of “Tennessee Stud.”

Murphey used to live in New Mexico. He moved to Taos around 1980 and stayed 20 years, he said. And now, he’s back, at least for a few months. Red River will be his base this summer. And he has a lot planned there — a series of shows plus the release of a new album, Red River Drifter.

“All those guys were in my Cosmic Cowboy band,” Murphey said, referring to the early and mid-1970s, when Murphey was a key figure in the progressive country scene in Austin. Murphey said the individual musicians will be playing their own solo sets as well as playing together like the old Cosmic Cowboy days.

He had a song called “Cosmic Cowboy, Part 1,” on his album Cosmic Cowboy Souvenir, which has the refrain “I just want to be your cosmic cowboy/I just want to ride and rope and hoot.” That fertile longhair redneck musical alliance included Jerry Jeff Walker, Ray Wylie Hubbard, Rust Weir, Steve Fromholz, and others. “I got sick for awhile, so the Cosmic Cowboy band started playing with Jerry Jeff and became the Lost Gonzo Band.”

“A couple of years ago, my partner and I bought the old Lazy H Ranch, which was an old guest ranch where lots of musicians used to stay when they played Red River. Jerry Jeff Walker stayed there and Gary P. Nunn. I actually stayed there in the cabins back then.”

Murphey is doing a series of shows at the amphitheater beginning Friday, July 5, and he will be playing music spanning his career. “I’ll be doing my music, all my hits, a lot of cowboy songs.” And he’s not kidding about that chuck-wagon part. The concerts will feature chuck-wagon meals catered by Texas Reds Steakhouse.

Murphey said these shows will provide a real Western experience. But one thing that won’t be real — unless the drought gives us all a break later this summer — is the campfire. “It’ll be an artificial fire, unless they lift fire restrictions.”

Good idea — “Murphey sparks wildfire” would be far too tempting for newspaper headline writers across the country.

Flashback: The first time I met Murphey was in the summer of 1980 when he played a show at the Paolo Soleri Amphitheater that was great until his surprise guest Roger Miller, who had recently moved to Tesuque, came out on the stage.

Miller stepped up to the mike and said, “I live down the road apiece,” strummed a chord or two, and all of a sudden the clouds opened up. The rain refused to quit, and the show was stopped for fear of electrocution on the uncovered stage.

Miller must have been cursed. Next time he performed here — a big show with Barbara Mandrell at the Santa Fe Downs a couple of years later — it rained like crazy again. 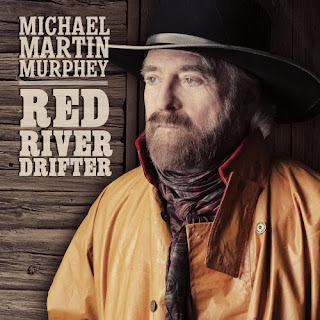 All this and a new album too: Red River Drifter is released next week. It’s an all-acoustic album with bluegrass overtones — especially the upbeat “Peaceful Country,” which opens the CD. Like all Murphey albums in the past several years, it’s produced by his son Ryan Murphey, an accomplished songwriter and guitarist.

The best song here is a funny one, “Shake It Off,” which Murphey sings with Pauline Reese. It’s got one foot in bluegrass and one foot in the blues. It could almost be an old jug-band song from the 1920s.


“Faded Blues” is basically a western take on Thoreau’s adage, “Beware of all enterprises that require new clothes.” It tells of a poor kid whose girl leaves him for “a sharp-dressed dude, kind of a high-brow cat.” This tune has some tasty Mexican-style guitar that would make Marty Robbins proud.

Another favorite is “Mountain Storm,” a minor-key tune with some sweet fiddling and a melody that might remind you of “Poor Wayfaring Stranger.”

From the beginning, Red River Drifter is full of gorgeous melodies, the sweet, sentimental tune called “The Gathering” perhaps being the best example. It’s good to know that New Mexicans will have plenty of opportunities to hear those melodies up close this summer.

UPDATE: 9:30 am Sunday The spelling of Steve Fromholz's name has been corrected.

Here's "Shake It Off" from the new album.


And below is a song Murph sang last year at the memorial service for our mutual friend Erik Ness. This one still chokes me up.