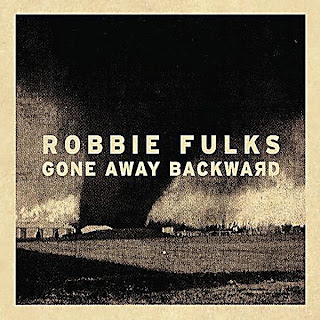 *  Gone Away Backward by Robbie Fulks. Singer-songwriter Robbie Fulks is a Bloodshot OG. Back in the ’90s he was a natural for the label, with twanging, irreverent songs like the anti-Nashville anthem “Darn This Town” (I cleaned that up for this family publication), and “She Took a Lot of Pills and Died.”

Fulks helped the label build its reputation in its early days. But while those songs are fun and outrageous, Fulks’ “serious” songs from the early albums, such as the self-loathing “Barely Human” and “I Just Want to Meet the Man” (which may or may not be a prelude to a murder), showed he had more than just comic songs in him.

He left Bloodshot shortly after the turn of the century. But now he’s back. And that’s as it should be.

It took me a little while to warm up to Gone Away Backward. It’s a low-key acoustic affair, with some outright bluegrass songs and a few instrumentals. Hard to believe this was produced by Chicago noise monster Steve Albini, though he’s produced Fulks before. The record has very few rousers and not a lot of Fulks’ trademark humor. But there are more than enough songs to keep me coming back, and I like it more with every listen.

“That’s Where I’m From” is a haunting tale of a suburban guy originally from the country who worked hard to make sure his children never knew the hardships of his youth: “I’ve watched them grow now I see, one thing separates them from me/And that’s where I’m from.” The bluegrass tune “Sometimes the Grass Is Really Greener” is about a backwoods musician who won’t go along with a record company’s plan to make him the next hot new country sensation.

The melody and banjo on “Long I Ride,” one of the upbeat songs here, remind me of “The Swimming Song” by Loudon Wainwright III. It’s about a happy-go- lucky hillbilly in New York whose major goal is “to make a bit more in the daytime than I drink down at night.” “Imogene” is a slow bluesy love/sex fantasy.

But I suggest listeners start out with “Where I Fell.” It’s the sad story of a man who is dissatisfied with virtually every aspect of his life. The song begins: “Daddy used to catch his supper in this river now you can’t swim it/Smells like a 20- ton truck full of paint thinner sank down in it.” The narrator hates his job (“Now I sling hash for what all spills off the interstate”), he’s not in love with his sometime lover (who “comes by for some TV and leg it down with me every now and again”), and he’s sick of the mindless prattle of his friends down at the bar (“Game score, Tea Party, world war, I don’t give a good goddamn”). There’s no ray of hope for this poor guy. As he sings in the chorus, where he fell is where he dwells. 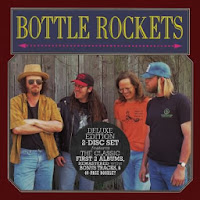 * Bottle Rockets/The Brooklyn Side (reissue) by The Bottles Rockets. More than two decades ago this band became the pride of Festus, Missouri. Back before anyone was calling it alt-country, The Bottle Rockets, along with Uncle Tupelo, were helping to define that sound. Arguably, their sound was closer to Skynyrd-soaked Southern rock than to Gram Parsons-style country. In any case, they were powerful.

They’ve been Bloodshot mainstays since the early part of the 21st century, but unfortunately the band’s early albums have been out of print for years. So it’s great news that Bloodshot is reissuing their first two albums as a double-disc package, generous with bonus tracks (including some live tracks by Chicken Truck, an early incarnation of The Bottle Rockets).

Frontman and chief songwriter Brian Henneman has always shown a blue- collar sensibility. Struggling working-class regular guys populate songs like “1,000 Dollar Car.” (I played this for my son a few years ago when he was considering buying an $800 car, but did he listen?) Henneman even shows sympathy for the dim-witted protagonists who accidentally burn down their trailer in “Kerosene.” (“If kerosene works, why not gasoline,” goes the chorus.)

As these first albums show, the band sometimes got political as well. “Wave That Flag” on Bottle Rockets is a putdown of meatheads in four-wheel drives displaying Confederate flags: “You can whistle ‘Dixie’ all day long/If the table turned wouldn’t you hate that song?” On The Brooklyn Side, the song “Welfare Music” takes a shot at Rush Limbaugh (“angry fat man on the radio”) and anyone else attacking single moms on government assistance.

Even a punchy rocker like “Radar Gun” — which makes fun of law enforcement agencies and local governments that raise revenue by busting speeding motorists — can be seen as carrying a political message, though most listeners will be drawn more to the raunchy guitar crunch than the civics lesson. And speaking of speed, if you love cranked-up 90-mph guitar rock, “Rural Route” is nothing short of a rush.

It’s great to have this music readily available again. And hopefully The Bottle Rockets are working on some new music too. 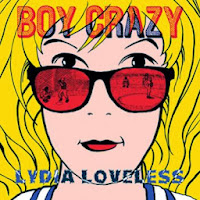 * Boy Crazy by Lydia Loveless. This five-song EP is a follow-up to young Lydia Loveless’ eye-Indestructible Machine. The singer from Columbus, Ohio, was only 21 when that album came out, but as I said about that record, “Her throaty voice suggests an ancient soul.” And that holds true on these songs.
opening 2011 Bloodshot debut,

Some critics quibbled that there were too many songs about booze on Indestructible Machine — as if they didn’t remember being 21. (I don’t actually remember either, but people have told me what I was like then.) But on Boy Crazy, sex seems to have replaced alcohol as the main theme.

Here Loveless’ songs are more pop and rock and less country than on her previous album, though the steel guitar still wails. There’s nothing on this EP that immediately grabs and shakes you as much as “Bad Way to Go” or “Can’t Change Me” on Indestructible Machine, but the new songs are full of irresistible hooks that invite repeat listens.

And speaking of repeat listens, the first time you hear “Lover’s Spat,” you might not realize the story behind the song. Go back and listen again. Loveless wrote it about boy-crazy serial killer Jeffrey Dahmer.

Loveless, according to Bloodshot, is working on a full-length album expected to be released next year. Boy Crazy is a good appetizer.

UPDATE 4:05 pm I misquoted a Bottle Rockets song in the original version. The correct lyric in "Welfare Music" is "angry fat man on the radio." The text has been changed. My apologies to white people.

I couldn't find any of Lydia's new songs, but here's a good one from her first album.