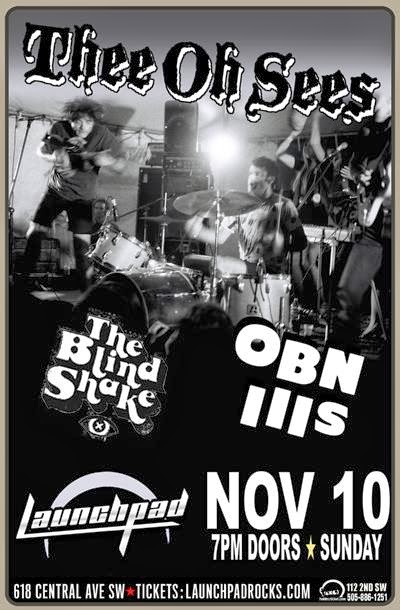 CORRECTED
One of my very favorite 21st Century bands, Thee Oh Sees are playing at The Launch Pad in Albuquerque Sunday night. (Not Low Spirits, which the post originally said.)

Opening for the band are The Blind Shakes and OBN IIIs (neither of whom I know anything about.) Tickets are $12

This one is from last year's Pitchfork Festival.

And this one was taken at Low Spirits in March 2012, which was right before or right after I saw them in Austin.