When you think of country-folk songwriters from Texas, you probably think of pickers and singers like Townes Van Zandt, Guy Clark, Ray Wylie Hubbard, The Flatlanders and Terry Allen. Not to mention Willie and Waylon and the boys. 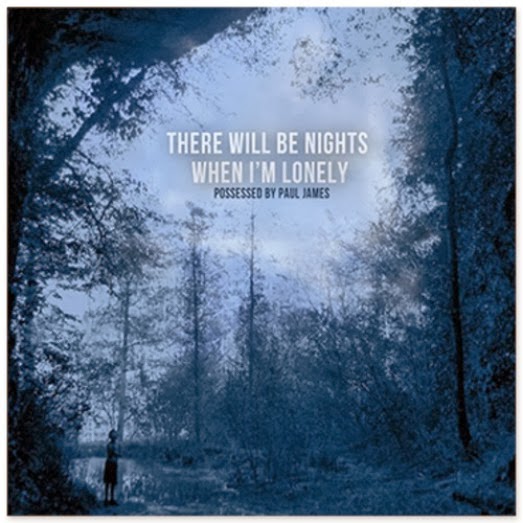 * There Will Be Nights When I'm Lonely by Possessed by Paul James. Though he frequently sings like a man possessed, this singer's name isn't "Paul James." It's Konrad Wert, a preacher's son born and raised in a Mennonite family in Immokalee, Fla. “Paul James” is a combination of his father’s and grandfather’s names. Wert's day job is being a special education teacher in an elementary school.

Jeopardizing forever his standing with one-man band purists (I suppose there are some of those out there) Wert on this album is joined by by an ad hoc band on some cuts, including a couple of Texas heavyweights -- steel guitarist Lloyd Maines and harmonica honker Walter Daniels. Fortunately, the extra musicians only enhance and don't clutter Wert's sound.

Possessed fans immediately will know this record, released late last year on the Hillgrass Bluebilly label,  is a Possessed by Paul James album by the opening notes of the first song, "Hurricane." It's Wert's fiddle, screeching, but not quite abrasive, soon followed by foot-stomping and a stand-up bass, drums and well as excited yelps by Wert, perhaps an invocation to the swamp demons who haunt his music. 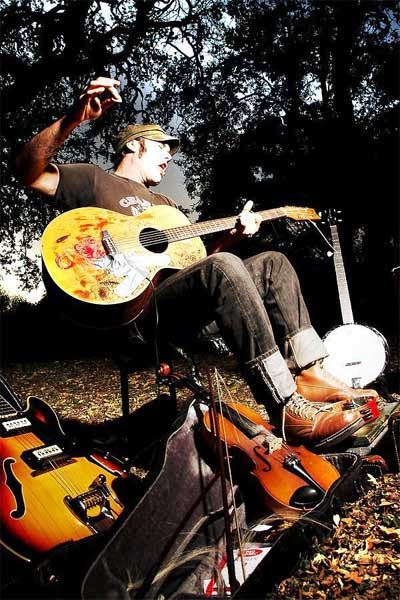 Wert's on the fiddle on the next tune, "Songs We Used to Sing," as well. It's upbeat with just a hint of pop in the melody, though you're not likely to hear this on commercial radio. Drummer Cary Ozanian gets a good workout on this one.

On "Heavy," Wert ditches the band and switches to banjo. "Oh this life can get heavy," he sings in the refrain. The words seem to underscore the pressure that seems to propel his soaring vocals. "Dragons," also featuring Wert on banjo, is a shambling roadhouse blues. Wert roars and growls as Daniels blows sweet riffs on his harmonica. (Wert cleverly sneaks the titles of some his earlier albums in some of the lyrics on these two. His previous record Feed the Family is referenced in the first verse of "Heavy," while in the song "Dragons" Wert sings, "You've left me Cold and Blind," a sly wink to the title of his 2008 album.)

The title song, preceded by a minute-long fiddle solo, features an even more-intense-than-usual Wert stomping, fiddling and pleading for love, even though he sees some rough times "when we cry ourselves to sleep." The darkest song here undoubtedly is the slow, minor-key "Pills Beneath Her Pillow." It's about reckless and weary lovers. The woman keeps pills under her pillow, while the man keeps guns under his.. Wert in the chorus sings "Everyone is searching for love, everyone is fighting for love, everyone is killing for love and baby, oh, I'm dying tonight ..."

My favorite song on There Will Nights at the moment is a lighter piece, a sweet love/lust tune called "38 Year Old Cocktail Waitress." With some honky-tonk steel from Maines, Wert sings, "On the golf course road down in Mexico, she's my beauty queen / She wears a pink bikini, drinks an appletini, oh she's quite the scene. 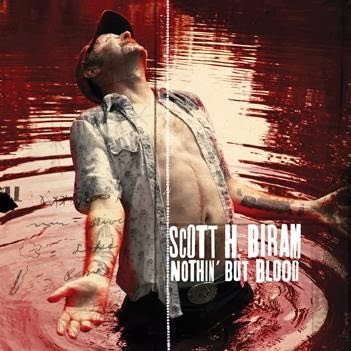 * Nothin' But Blood by Scott H. Biram. Now I doubt that Biram would ever sing the praises of a woman who drinks appletinis. He seems like he'd be more attracted to straight-whiskey types. In fact, "Only Whiskey" is the name of one of the rowdiest tunes on, this new album by gruff-voiced Biram. "Only whiskey can sleep in my bed," he growls over his distorted electric guitar. (The album is scheduled for release next week by Chicago's Bloodshot Records.)

Like the best of Biram's works, there are plenty of rip-roaring, blues-soaked, booze-fired songs on Nothin' But Blood. "Alcohol Blues," (an old Mance Lipscomb tune) with a guitar hook similar to that in Cream's version of "Crossroads" and a string of obscenities I won't even try to sneak past the editors, definitely is one. And "Around the Bend" and " Church Point Girls" might just be the first recorded one-man metal band tunes in human history. Biram on "Bend" even manages a pretty good parody of the lizard-demon voice you hear in so many death-metal bands.

While Biram sings lustily of drinking, drugging, sex and sin, there are plenty of salvation songs on Nothin' But Blood as well. "Gotta Get to Heaven" is a happy song about a guy who apparently has wrestled with his sinful ways and won. Plus, tacked on at the end of the album are three "gospel bonus tracks" including oft-covered classics like "Amazing Grace" (featuring Biram's harmonica and ambient rain sounds) a rousing "John the Revelator" and one called "When I Die," which is credited to Biram, though it sounds as if it could be a hymn from deep within the foggy realm of American folk traditions.

Speaking of cover songs Biram, performs more of them than usual on this record. Besides the ones mentioned above, he does versions of folk gems like "Jack of Diamonds," I'm Troubled," (which is credited to Doc Watson, though it sounds much older), and Willie Dixon's "Backdoor Man," which is closer to Howlin' Wolf's version than the one by The Doors.

While Biram is known best for his rambunctious and sometimes raunchy material, he also is quite capable of slow, pretty acoustic songs as well. He's proved that before, of course on songs like "Still Drunk, Still Crazy, Still Blue" from Something's Wrong / Lost Forever (2009) and "Broke Ass" from 2011's Bad Ingredients. On the new album "Never Comin' Home" is a sturdy country weeper, while the minor-key "Slow and Easy" is slow, though the narrator, drinking his wine to get "that same old high" sounds anything but at ease.

But the real standout is one called "Nam Weed." It's a story of a Vietnam vet pining about the good old boys back during the war. "Long time, back in Vietnam / I had some friends that could give a damn / They'd roll 'em up and smoke 'em down / Good weed back in Vietnam ..." Here in the USA, however, the nostalgic narrator is doing time for some unspecified crime. "All my friends were over there," he laments.

Both Biram and Possessed by Paul James show that, in case anyone forgot, singer-songwriters don’t have to sound self-absorbed and that folksingers don’t have to be self-righteous And both of them also prove that Texas hasn’t stopped making top-notch troubadours.

Here's a couple of videos: