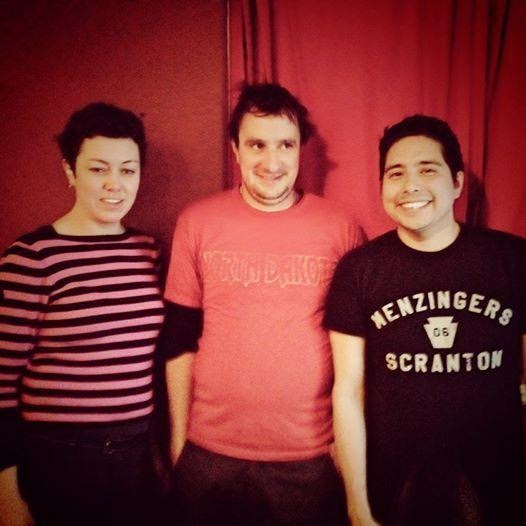 A cool power-punk, lo-fi, trash-rock trio from Denver who I met at The GaragePunk Hideout is coming to downtown Albuquerque in the very near future.

The Manxx, led by singer Sara Fischer, will be at the Bluebird Buvette, 509 Central NW, on Saturday June 28. You've heard them many times on Terrell's Sound World as well as The Big Enchilada podcast.

Denver Westword said of The Manxx: "Playful confidence combined with a sense of youthful innocence has always set this band apart from other garage-rock acts."

The group is about to release a 4-song EP called Take Away Your Brain. It's on cassette (!) and will be on vinyl later this summer. One of the songs, "Summer Boyfriend" is below and I'll be playing another one of the songs this Sunday on Sound World.

Do check out this band.

And here's a video of an older Manxx hit