TERRELL'S TUNE-UP: Hanging from the Clothesline

A version of this was published in The Santa Fe New Mexican
June 20, 2014 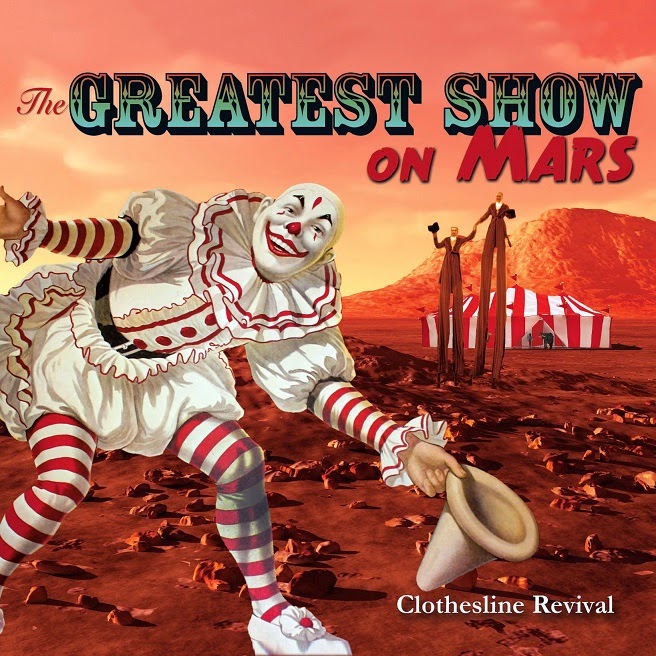 If Alan Lomax made field recordings on another planet, it might sound something like the new Clothesline Revival album, The Greatest Show on Mars.

“Oh, won’t you steal up young lady, oh, happy land,” sings a voice that probably sounds familiar to those who know Lomax’s  “Southern Journey”  recordings from the late ’50s and early ’60s.

It’s Bessie Jones from the Georgia Sea Islands Singers, one of Lomax’s greatest discoveries (who I think should have become as big as Leadbelly), singing a children’s game song. There’s some crazy percussion behind her and what sounds like some electronic bass lines. But Jones keeps singing, and a dobro or slide guitar comes in. The percussion gets louder. It’s irresistible, and “O Happy Land” is only the first song on the album.

Clothesline Revival isn’t actually a band. It’s the work of musician, producer, former archaeologist, and visionary Conrad Praetzel. What Praetzel does on most of the tracks is take old field recordings by Lomax (made on Earth) and others and build instrumental backdrops around them. He plays all the instruments — guitar, banjo, dobro, bass, percussion, and all sorts of electronic doohickeys.

Praetzel is not the first or only one to experiment with such ideas. Moby did it with his album Play a few years back. And there’s a definite kinship with David Byrne and Brian Eno’s My Life in the Bush of Ghosts (1981), which built wild dance funk and brooding weirdness around samples of songs, sermons, and political diatribes snatched from shortwave radio broadcasts.

In fact, I immediately flashed back to “Help Me Somebody” on My Life in the Bush of Ghosts when I first heard Clothesline Revival’s “Not Have No Spot,” which features a funky little swamp groove backing a radio sermon by an elderly preacher in the San Francisco Bay Area. He works himself into a frenzy when he finds some elusive religious truth in comparing modern washing machines to his mama’s old rub board. The song ends with the preacher explaining, “I’m 80 years old, I’m 80 years old, you got to respect me, I’m 80 years old.”

The main difference between The Greatest Show on Mars and My Life in the Bush of Ghosts and Play is that Praetzel’s music is far rootsier, grounded in the soil where Lomax found his unknown heroes of American song. Yes, Clothesline Revival often sounds “otherworldly,” but that other world is hauntingly familiar to earthlings.

Take Praetzel’s “Leather Britches,” which starts out with some Space Invaders electronic beats and pounding synthetic drums. For a second it sounds like it might burst into a full-blown industrial-rock bruiser. But then the banjo comes in. And then we hear the voice of Sidney Hemphill Carter, another titan of the Lomax stable (and daughter of Lomax discovery Sid Hemphill). It turns out to be a sweet, gentle song.

The source material for “Move Up” is a Lomax recording of gospel singer Ed McNeil (backed by a vocal group of “unidentified men,” which sounds more sinister than it actually is) taped in 1959 in Como, Mississippi. Praetzel’s embellishments are subtle — some guitar and bass. For a while it sounds as if the backup singers might be from a modern gospel group, at least until those pile-driver drums come in. 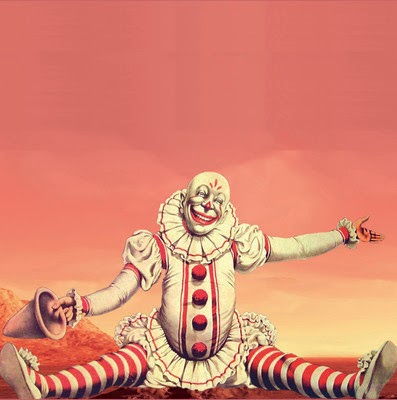 “A Mysterious Light” is a monologue about a UFO delivered by a West Virginia man named Howard Miller in front of a dreamy soundscape (with banjo). He was walking in the mud with his dogs after midnight. In 1995 he was interviewed by folklorist and ethnographer Mary Hufford.

“It was dark, no moon, no stars, no nothin’,” Miller says. “All at once it was daylight. So I looked up to see what had happened, and there was a light about that big driftin’ — up the hill. And when I looked an’ seen it, it just faded out. And I’d been in the Marines and knew what airplane lights looked like, and it was too big for that. ... There was no noise, no sign of nothing ’cept that one light. … If there is any such thing as a UFO, that’s what that was.” It’s a strange tale that seems worthy of being honored in a Clothesline Revival song.

My only quibble is that The Greatest Show on Mars has too many instrumentals. Most of them are good tunes. “Barnum’s Boogie,” for instance, is a fine neo-Canned Heat stomp. In the end, most of those tracks come off as filler or background music. I prefer hearing the strange magic Praetzel makes using those hoary ghost voices of yore.

Murph is back: One of the original cosmic cowboys -- and a former Taos resident -- Michael Martin Murphey is playing at the James Little Theater Saturday June 21. 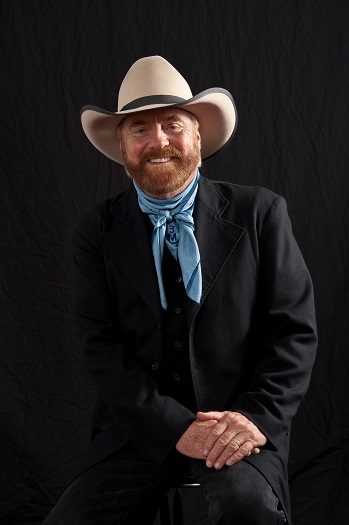 Murphey is the man responsible for hits like "Wildfire," "Carolina in the Pines" and "What's Forever For" as well as songs that should have been massive hits like "Geronimo's " Cadillac," "Cowboy Logic" and of course "Cosmic Cowboy."

He's the link between The Monkees (the Prefab 4 covered Murph's "What Am I Doing Hanging Around") and Urban Cowboy. (His song "Cherokee Fiddle" was in that film, sung by Johnny Lee.)

Plus, Murphey is the creator behind one of the greatest overlooked outlaw-songs collections ever, his 1993 Cowboy Songs III – Rhymes of the Renegades. (I was proud -- and relieved -- that Murphey told me he liked my review of it even though it was in the same column that I reviewed a re-release of an album by a real outlaw, Charles Manson album -- and we used the Manson cover for the column art.)

In addition to his show here Saturday, Murphey once again is doing his outdoor Rocking 3M Chuckwagon shows this summer at his personal amphitheater in Red River. Murphey and a partner bought the old Lazy H Ranch, which was a guest ranch that doubled as a refuge for old cosmic cowboys like Jerry Jeff Walker and Gary P. Nunn -- not to mention Murph himself.

Tickets to these shows, which include a "chuck wagon" dinner catered by Texas Red Steakhouse, are $58 for adults, $29 for children under 12, and $52 for seniors (65 and over.)
For more information see Murphey's website


And even though I like Clothesline Revival, the proper music for this Betty Boop cartoon is Cab Calloway


And here's a cool outlaw song from Murphey