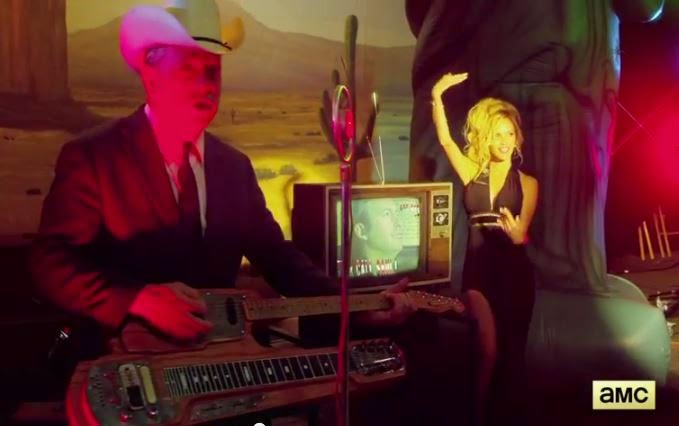 Those of us Santa Fe folks who went to school with a hippie kid named Jamie Brown in the late '60s never thought he'd end up getting national publicity for hawking the services of a crooked lawyer.

But that's what happening with Jamie right now, Under his better-known stage name, Junior Brown, our old classmate was chosen to sing the theme song of Better Call Saul, the Breaking Bad spin-off, scheduled to debut on AMC next February.

And it's a cool song too. Listen below:

My favorite line in the song is  “Shopping at a Wal-Mart short just a couple of beans/ There’s a George Foreman grill down the back of your blue jeans.”

No, I don't think it's autobiographical. The lyrics were written by show creators Vince Gilligan and Peter Gould.

After finding that out after hearing the song, I was surprised that Brown himself didn't write the words. The twisted humor is consistent with Junior classics like "My Wife Thinks You're Dead" and his newer tunes like "The Phantom of the Opry."

Though he's been Junior Brown for more than 20 years now, touring the country, appearing on TV shows like Austin City Limits, Saturday Night Live and even SpongeBob Squarepants, Santa Fe got to know his music first in his psychedelic band Humble Harvey and later, in the early '70s with the honky-tonkin' Last Mile Ramblers.

So I wish him well with this video, And I hope he never needs to call Saul.