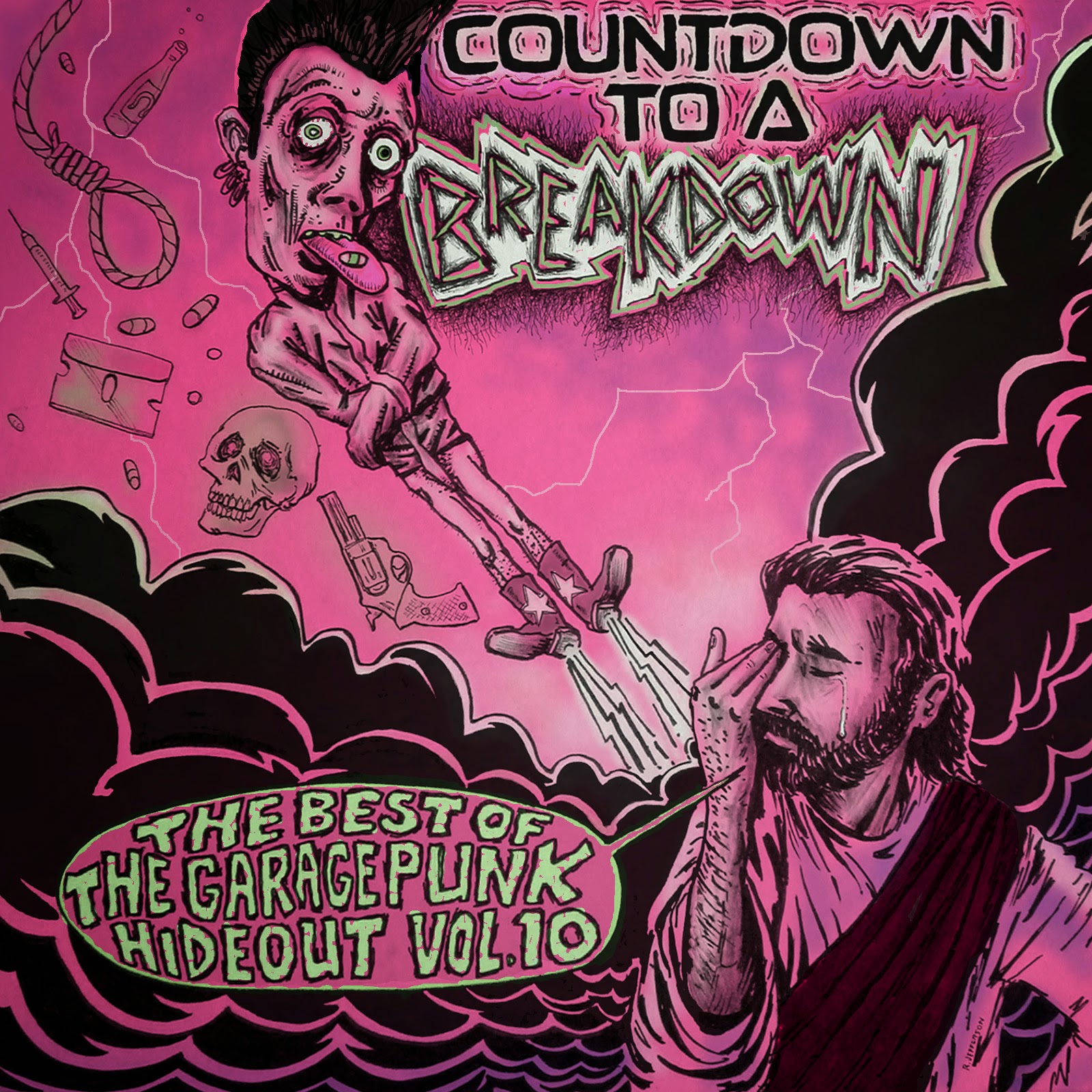 The GaragePunk Hideout has just released its 10th compilation of crazed sounds Countdown to a Breakdown. There are 33 (!) raging songs, an hour and 23 minutes of rough and rowdy rock 'n' roll, for a mere $7 bucks, surely one of the better musical deals you're going to find on the Internet.

Right now it's only available on Bandcamp (a download joint of which I'm growing increasingly fond)  though within days it should be on iTunes, Amazon and other places where quality MP3s are sold.

A couple of the bands that have songs on Countdown to a Breakdown -- The Mobbs and Audio Kings of The Third World -- have different songs on the latest Big Enchilada, Dance Hall of the Dark Dimension.

But I'm not familiar with the vast majority of the maniacs making noise on this compilation. But I'm having a great time getting familiar with them. You'll be hearing many of them on upcoming Terrell's Sound World shows on KSFR and future Big Enchilada episodes.

You can listen to the darn thing on the widget below. But do yourself and buy it.