A version of this was published in The Santa Fe New Mexican
October 31, 2014 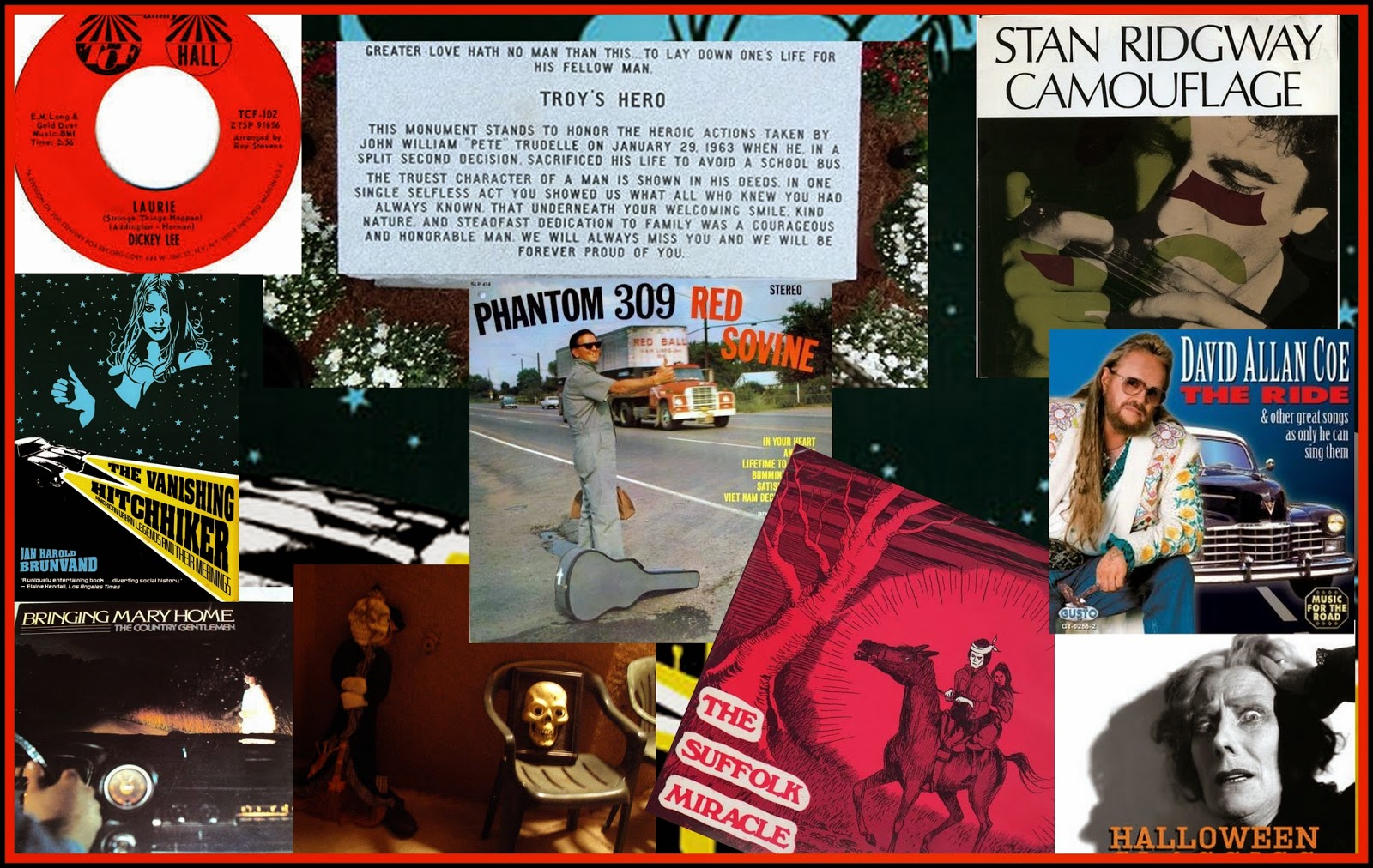 “A strange voice drew me to the graveyard. I stood in the dark and watched the shadows wave.”

That line, which opens the final verse of Dickey Lee’s 1965 hit “Laurie (Strange Things Happen),” was one of the first songs to ever truly spook me. When I first heard it at the age of 11, it creeped me out purely because of the tale it told and — what was then — its surprise ending. 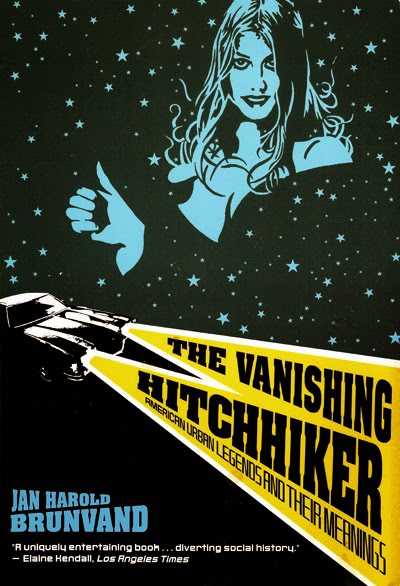 Laurie’s story was new to me at the time, but even back in 1965 it wasn't a new story. The plot is a basic variation of what’s known as a “vanishing hitchhiker” tale, a term popularized by folklorist Jan Harold Brunvand in The Vanishing Hitchhiker, his 1981 book of urban legends. The basic tale of regular folks encountering friendly — if sometimes odd or bewildered — characters who turn out to be ghosts has roots that go back centuries and is found in many cultures.

Under different names the spirit of Laurie has haunted many songs. In honor of Halloween, let’s take a look at some of them.

First, there’s "Laurie." In case you weren’t around back in ’65 or if you were in an asylum that didn’t allow radios, the song tells the story of starry-eyed Dickey meeting a girl — an angel of a girl — at a dance. He’s falling in love as he walks her home. But when he asks if he can see her again, Laurie asks for his sweater, saying she’s cold. He obliges. He gets a kiss good night at her door, but as he’s leaving, he remembers his sweater.

This is when it starts to get creepy.

Laurie’s dad answers the door and informs Dickey that he wasn't with Laurie. He assumes the young Romeo is pulling a cruel prank. Laurie died on her birthday, a year ago that day. Dickey follows a strange voice to the cemetery, where he finds his sweater, “lying there upon her grave.”

As Brunvand and other scholars have said, these vanishing-hitchhiker stories are ancient. There are many similarities between “Laurie” and an old British folk song, “The Suffolk Miracle,” a variation of which appeared as early as 1689 in London, though it’s probably much older. (Instead of a sweater on a grave, the 17th-century song ends with a handkerchief on a corpse’s head.) 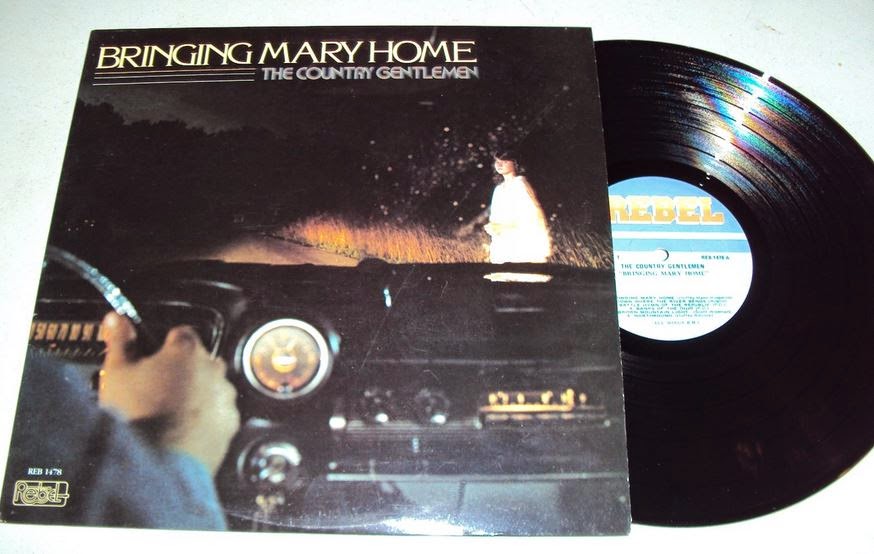 The singer sees a little girl in the middle of a lonely road on a dark and stormy night. He stops and the girl gets into the back of the car and introduces herself. The narrator drops a big clue: “There was something strange about her. Her face was deathly white.”

He drives her home, but when he gets out to open the door for her (remember, this is Country Gentlemen), the little hitchhiker has vanished. Mary’s mom comes out, and unlike Laurie’s dad, she understands. She patiently explains that her daughter died in a car wreck exactly 13 years ago. “Thank you for your trouble, the kindness you have shown, you’re the 13th one that’s been here bringing Mary home.”

“Mary” was covered by several bluegrass and country artists. One was Red Sovine, whose specialty was truck-driver tales. In 1967, he recorded a classic that was a twist on the vanishing-hitchhiker mode.

In “Big Joe and the Phantom 309,” Sovine’s narrator is a hitchhiker who gets a ride from a big, friendly truck driver. He yaks with Big most of the night until the trucker stops and drops him off in front of a truck stop. Joe tosses the hitchhiker a dime and says, “Have yourself a hot cup on Big Joe.”

But once inside the truck stop, the happy-go-lucky narrator says, “Big Joe set me up,” and the place goes silent. The waiter explains that Big Joe died in a wreck about 10 years before, jackknifing the Phantom 309 to save a busload of kids. And he lets the hitchhiker keep the dime as a memento of the weird incident.

I've known this song for years, ever since I first heard The Last Mile Ramblers play it at New Mexico’s Golden Inn in the mid-1970s. But I didn't realize until recently that, except for the supernatural aspect, “Big Joe and the Phantom 309” is based on a true story. 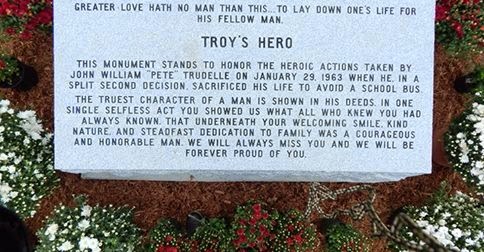 A Sept. 14, 2014, article in the New Hampshire Union Leader tells of that state’s town of Troy honoring John William “Pete” Trudelle, the real-life Big Joe, by installing a monument in his memory in the town common.

“On Jan. 29, 1963, he was driving a tanker truck carrying 4,600 gallons of gasoline from Boston to Keene,” the article says. “Along his route in Saugus, Massachusetts, he drove the truck into a bridge abutment to avoid hitting a school bus that was parked in the road under the bridge. ... His act saved six children and the bus driver.”

Last month, “Big Joe and the Phantom 309” was played at the ceremony in Troy for Trudelle.

In the ’70s, Big Joe became a more familiar figure in a tune by outlaw country warrior David Allan Coe. In his song “The Ride,” Coe sings of a hitchhiker, thumbing to Nashville with his guitar on his back, who gets picked up by the “half-drunk and hollow-eyed” ghost of Hank Williams, who drives “an antique Cadillac.” 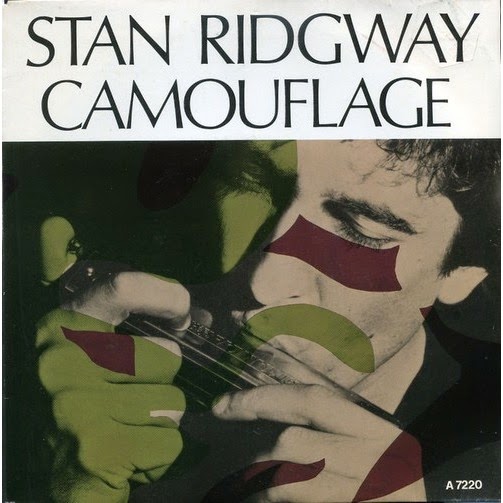 The “ghost-white pale” driver has some professional advice for the young buck: “If you’re big star bound, let me warn ya its a long, hard ride.”

Skip ahead to the mid-1980s, and Big Joe changes from a truck driver to a Marine. “Camouflage,” from Stan Ridgway’s first solo album, The Big Heat, is a war story. The narrator is a young Marine who gets separated from the rest of his company. He’s alone and the enemy is nearby, and a big Marine named Camouflage appears to help.

Next thing you know, he’s swatting bullets with his bare hands and “pullin’ a big palm tree right up out of the ground and swattin’ those Charlies with it from here to kingdom come.” The narrator gets back to camp and tells everyone about his helper, but a medic tells him that Camouflage died the night before. Been there all week. The medic even shows him the body.

“But before he went, he said, ‘Semper fi,’ and said his only wish was to save a young Marine caught in a barrage. So here, take his dog tag, son. I know he’d want you to have it now.”

Leaving a token — Camouflage’s dog tag, Big Joe’s dime — is a frequent motif in vanishing-hitchhiker stories. For us mortal listeners, the hitchhiker has left a token in the form of these amazing and spooky songs.

The Vanishing Hitchhiker on video

Glad that Mary made it home


Are you sure Hank done it that way?

This was a very strange Marine.