A version of this was published in The Santa Fe New Mexican
October, 2014 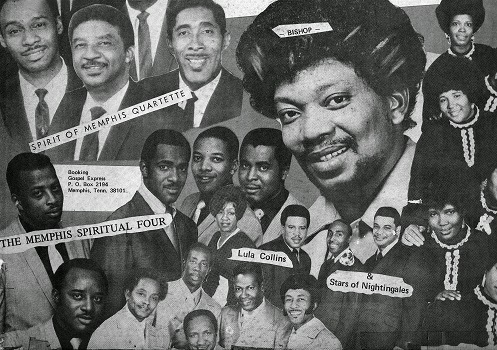 On his 1968 “comeback special” on NBC, Elvis Presley made the following observation:

Elvis said it. I believe it. That settles it.

The blues and R & B connection to rock ’n’ roll is widely acknowledged, but the influence of gospel often gets overlooked. And that’s despite the church roots of major rock and soul icons like Little Richard, Sam Cooke, Marvin Gaye, Aretha Franklin, Solomon Burke, and The Staples Singers.

I believe the problem is that way too many people who consider themselves rockers aren’t acquainted with the joys of old-time gospel music. They hear the word gospel and they think of that sappy excuse for music that passes as contemporary gospel, not realizing that this vanilla dreck is to real gospel what Coldplay is to Iggy & The Stooges, what Rascal Flatts is to Hank Williams, what Kenny G is to John Coltrane. 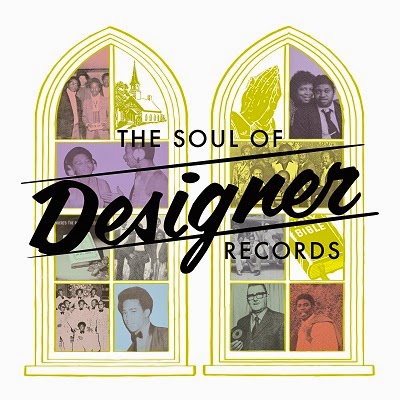 There is a brand-new collection of exciting, shouting, holy spirit-raising, fire-and-brimstone-testifying gospel music — the kind Elvis was talking about — that I’ve been enjoying immensely in recent weeks. It’s called The Soul of Designer Records, and it features 101 songs on four compact discs packaged to resemble an old 33 rpm album.

You won’t find any big stars of the genre here. No Mahalia Jackson or Sister Rosetta Tharpe or Rev. James Cleveland or The Blind Boys of Alabama or any other state. But even though you’ve probably never heard of The Dynamic Hughes Singers, The Mighty Blytheville Aires, The Fantastic Alphonzo Thomas, or The Christian All Stars of Akron, Ohio, that doesn’t mean these obscure tracks lack power.

Designer Records, which operated in Memphis in the 1960s and ’70s under the ownership of J.C. “Style” Wooten, was pretty much an under-the-radar operation that specialized in black gospel. Wooten would charge a group a relatively modest fee ($469.50 was the advertised price in the late 1960s) to cut a few songs.

“He’d bring those groups in there, they’d come in from Chicago, Milwaukee, Detroit, St. Louis, all over the place,” said Roland Janes, interviewed in the box set’s liner notes. Janes was the owner of Sonic Studios, which recorded all of Designer’s records in the company’s early days. (He also played guitar on early hits by Jerry Lee Lewis and Billy Lee Riley.) “Every weekend we’d cut maybe five different groups.[Wooten would] cut four songs on each group, he’d put a single out, and then he’d hold one in the can. ... They’d pay him a little bit at a time; then when they had enough to press a record, [Wooten would] press the record, give ’em X number of copies, then when they needed more, they’d buy ’em from him.”

The weekend was the busiest time because so many of the singers had to work during the week.

As Janes said, “See, these gospel guys, man, they’re doing it for the love of what they’re doing. They used to get in their cars — maybe two or three car loads of ’em, say from Detroit — and they’d come down south, and they’d work here all Friday night and Saturday and Sunday. ... While they was here, they’d do a recording session and they’d play a bunch of different churches and take up the love offerings and everything. They just did it for the love of it; that’s what it boiled down to.”

Yes, love is the key here. And it’s hard not to love these songs back.

Take “Clean up Your Life” by the Jackson Trumpeteers. Were they from Jackson, Mississippi, or were they a family named Jackson? The liner notes offer no clue. All I know is that they were a vocal group led by a high-voiced singer and backed mostly by an electric guitar, organ, and drums. This is a fast-tempo tune with the singer warning against being a “playboy” and living in sin.

The Gospel Songbirds, a group from Mississippi led by a tenor named Andrew Cheairs, remind me of another gospel group from that state, The Five Blind Boys of Mississippi, which was led by Archie Brownlee. (Cheairs, however, is backed by no “boys” at all. It’s a female quartet.) The Songbirds’ “Tone the Bells Easy” is a slow burner that allows Cheairs to work himself into a sanctified frenzy, as Brownlee was known to do.

Alberta Powell has two songs — “Trusted” and “The Same God” — both of which prove that the line between gospel music and the blues is thin. The Rev. Leon Hamner’s infectious, stomping “I’ve Got the Love of Jesus,” punctuated by the Cincinnati preacher’s throat-shredding screams, will make a listener feel like shouting, “Hamner time!”

Meanwhile, the guitar on George Shields’ “God’s Word Will Never Pass Away” makes me wonder whether Ry Cooder studied this guy’s picking style.

The headlines of the day work themselves into one of the songs: “Viet Nam” by The Dynamic Hughes Singers. The song basically is an emotional prayer for the soldiers fighting that war. But at one point, lead singer Jerry Hughes shouts, “No more segregation in this land!”

The music of the day seeps in too. While most of the album proves Elvis’ point that gospel is the root of rock ’n’ roll, other tracks show the influence of rock on gospel. For instance, the minor-key “Do Yourself a Favor” by Souls of Solomon, a group from Buffalo, New York, starts out with a throbbing bass that sounds straight out of The Temptations’ “Papa Was a Rolling Stone” and has an electric guitar that sounds like a venomous snake about to strike.

This collection can be seen as a big love offering. Constituting somewhere between a quarter and a fifth of Designer’s catalog, The Soul of Designer Records is a galaxy of great American musical treasures most of us never knew we had.

Enjoy a couple of gospel videos from groups included in this box set:

This song by The Magnificent Soul Survivors is in this collection.

This isn't a Designer record, but it's Andrew Cheairs & The Gospel Songbirds from around the same era.

And if you like this stuff, you should seek out:

* Fire in My Bones: Raw, Rare & Otherworldly African-American Gospel, 1944-2007
* This May Be My Last Time Singing : Raw African-American Gospel on 45RPM 1957-1982
* Screaming Gospel Holy Rollers (I have Volumes 1 and 2. There's also one called Screaming Gospel Holy Rollers: Hop Skip and Jump, which I haven't heard yet.)
* The Hurricane That Hit Atlanta by Rev. Johnny L. Hurricane Jones
* The Great 1955 Shrine Concert
at October 02, 2014