I just learned that Santa Fe's number one music fan died yesterday on Thanksgiving day. He was 59.
Kenny Delgado, who most people probably know as "Canuto," was a longtime member of the Santa Fe Bandstand Committee, which is responsible for the free music program on the Plaza every summer. But most important, he was a constant presence at concerts. I always looked for him when I went to a show in Santa Fe. He loved music. He'd babble about music joyfully for as long as I knew him. He loved ZZ Top, he loved Concrete Blonde, he loved Santana, he loved Guitar Shorty. He loved a lot of music. And thinking back on it, he rarely talked about music he hated. I don't think Kenny hated much music.

He frequently would call me at KSFR when I was doing a radio show. I always knew it was Canuto because he'd start the conversation exclaiming "Picnic Time!" (an odd musical in-joke we shared.) Then he'd talk about some song I'd just played or some show he'd just seen.

The calls became less frequent in the past three or four years since he became sick. Canuto struggled with cardiac problems during that time. But anytime I saw him, he remained positive. He mostly wanted to yack about some band he'd just seen.

I guess it's appropriate that the last time I actually saw Kenny was at a Santa Fe Bandstand show. Was it The Imperial Rooster? Joe "King" Carrasco? The Handsome Family? All of the above? It doesn't matter. His spirit was always at a Bandstand concert even if he wasn't physically there.
I always looked for Kenny whenever I went to a concert in Santa Fe. I probably will do that for years to come. 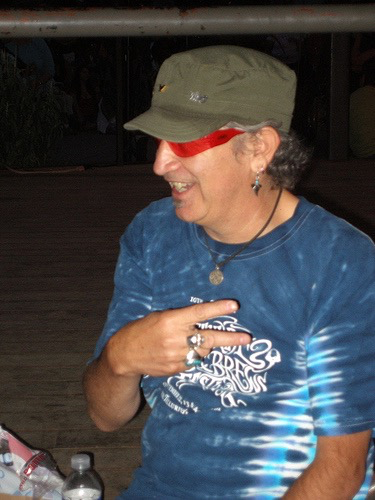