Yesterday I started "Wacky Wednesday" on The Steve Terrell Music Web Log. Today I'm starting "Throwback Thursday." No, it's not like the Facebook deal where I post my junior high pictures or whatever. These will be musical throwbacks where I'll feature a song, artist or musical phenomenon to eras gone by. And some might be even wackier than Wacky Wednesday. 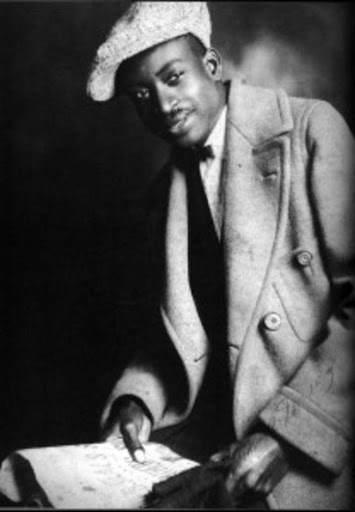 So let's start with one of my favorite songs that has been kicked around jazz, blues and jug band circles for more than 80 years: "Beedle Um Bum."

It's a little tune about a girl named Cindy -- or is it Simmy? Or Jenny? -- who works in a "meat shop" where she serves a meal called "southern eel" -- or is "tadpole heel" ? Either way, every time you pass by this business establishment, you can hear Cindy, or whoever, crying:

To be blunt, this a whorehouse song, first recorded in late 1928 by a group called The Hokum Boys, actually Tampa Red (Hudson Woodbridge) on guitar and Georgia Tom (Thomas A. Dorsey) on piano. Georgia Tom in later years would become famous under his real name as one of this country's greatest composer of gospel songs. He wrote "Peace in the Valley" and "Precious Lord, Take My Hand."

But, getting back to the whorehouse, Dorsey also is credited with writing "Beedle Un Bum."

It didn't take long for others to pick up on "Beedle Un Bum." Just a few months after The Hokum Boys, a Detroit-based jazz band called McKinney's Cotton Pickers recorded it.

Other bluesmen recorded it also. One of the earliest was Big Bill Broonzy. Blind Willie McTell also did a version in 1956.

Here's a version from a recent Hicks album, Live at Davies guest-starring Kweskin. I'm not sure where the weird verse about Johnson City, Texas came from, but it's goofy enough for the song.

If these don't make you hungry for tadpole heel I don't know what will.