WACKY WEDNESDAY: Why Did Pop Hate the Beatles? 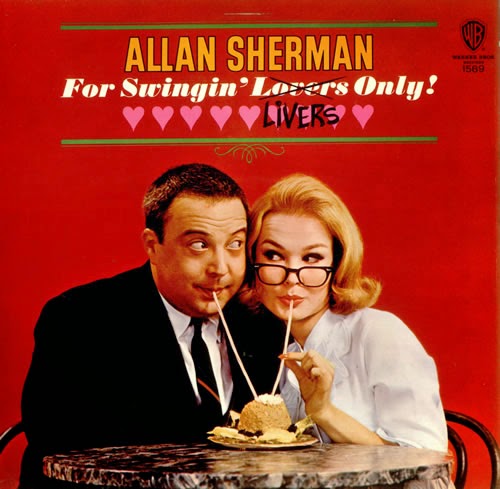 In 1964, I loved The Beatles. Probably was obsessed with The Beatles and many of the groups that followed in their wake.

But I also loved a singer named Allan Sherman, a singer of novelty songs. Although most commentary about Sherman these days talks about how his parodies reflected American Jewish culture, I'll attest to the universal appeal of his humor. I was an Okie goy boy and I thought he was funny as hell. I even read his autobiography A Gift of Laughter,

When I went to summer camp in the summer of '64, I was loving the new Beatle hits like "A Hard Days Night" and "Can't Buy Me Love," but the first night when I sat down to write a letter to the folks back home, it wasn't Lennon-McCartney lyrics I was quoting. No, I wrote all the lyrics to Sherman's "Hello Muddah, Hello Faddah" (substituting "Camp Classen" for "Camp Grenada").

So imagine my pain and confusion later that year when I first heard this song ...

It was like two worlds colliding. How could anyone hate The Beatles? Sherman would fade from my personal pantheon of heroes.

But maybe Sherman wasn't such a stuffy old square. This song was far more bitchen. (UPDATE 2018: The song that was originally posted here has been yanked by the YouTube police. I failed to mention the title and I've long forgotten which bitchen song it was. Probably not  "Seventy-Six Saul Cohens," but what the heck ...)

But if Pop hated The Beatles, what would he have thought of The Misfits, who apparently loved his song "Ratt Fink"?