A version of this was published in The Santa Fe New Mexican
March 27, 2015


Close your eyes and imagine you’re lost on a foggy night on some uncharted back street off the Reeperbahn in Hamburg or near the port of Amsterdam, where the sailors all meet. From some dangerous little dive you hear music: after-hours blues, off-kilter torch songs, Gypsy jazz, hot Weimar Republic cabaret, “punk noir,” strange tangos, and dark, soulful ballads. But before you can go in, you wake up.

Don’t worry. You can find that kind of alluring music on a new collection called Anthology by Mojo JuJu & The Snake Oil Merchants.

In case you’re not familiar with Mr. and Mrs. JuJu’s baby girl, she’s an Australian from Melbourne who has been a solo act for a few years. But Off Label Records, my favorite crazy German punk/alt-blues/garage/slop country/jug-band record company in recent years, compiled this collection of her work with her old band and released it last month to expose this music to a wider audience — and, I suppose, to show us what we’ve missed.

The music here falls somewhere between that of Cab Calloway and Gogol Bordello. I’m also reminded of the Eastern European-influenced Firewater. “Fisherman’s Daughter” starts off with a horn section that sounds like it might have come from a ’90s ska-punk group. And if anyone claims that Tom Waits isn’t a major influence, they’re either lying or deaf. Try to listen to Mojo’s banjo-led, horn-accented “Sacred Heart of Mary” without being tempted to sing along in your best phlegm-heavy Waits voice.

And elsewhere, like on “Transient Being,” you might be reminded of the late Amy Winehouse. That is, if Winehouse had been prone to using accordion and trombone in her songs. In one interview, Mojo said she gets her inspiration from “scary antique stores.” 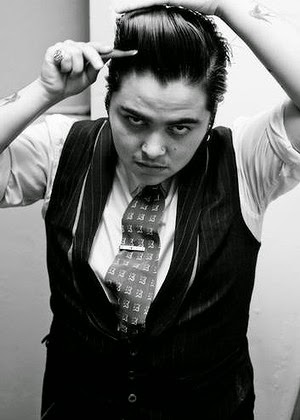 Some of the best tunes here are the ones that sound like they could have been theatrical pieces. “Scat Song” would have fit in on the soundtrack of Boardwalk Empire (maybe in a scene set in Chalky White’s nightclub). “God and the Devil” is a little morality drama in which a woman hears a pitch from the Prince of Darkness and asks, “Well, I looked that devil right square in the eye and said, ‘Do I look stupid to you?’ ”

One of the darkest, most striking songs on Anthology is the near-seven-minute “But I Do.” It’s slow and menacing. Mojo sings of pain in her heart, the piano plays sinister little one-finger trills that sound like Morse code, and the drummer seems to be pounding to drive away demons.

The song that sounds most autobiographical here is “My Home,” an intense tango in which Mojo sings:

Mojo Juju, without her Snake Oil Merchants, is about to release her latest solo album, Seeing Red/Feeling Blue, next month. That should be worth checking out. 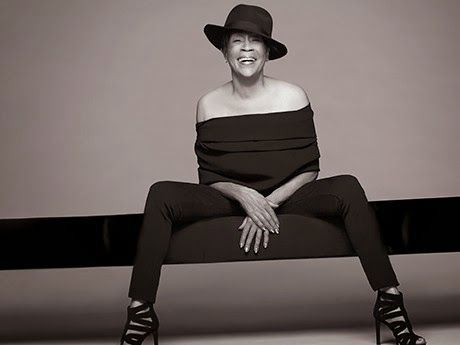 * Worthy by Bettye LaVette. I normally don’t quote James Taylor much (if at all), but listening to this album made me flash on an old line by sweet baby James: “A churning urn of burning funk.”

To be sure, it’s slow-burning funk, and one of my few problems with the album is that there should have been a few more faster numbers. But like LaVette’s best work since the turn of the century, the soul runs deep. Every song on this album is a raw emotional statement — though that’s also true of just about all the songs on just about all of her albums.

Quick biographical note: LaVette has been in the music biz since the 1960s. But as a result of bad breaks, bad business decisions, and the fickle nature of the entertainment industry, she never quite made it beyond the status of cult favorite.

That changed around 10 years ago, when she met up with producer Joe Henry, who helped LaVette make I’ve Got My Own Hell to Raise, an album that not only was worthy (yes, I used that word) of her talents, but also had some commercial appeal, at least for hip adults.

She’s made some fine albums since then — one of my favorites is The Scene of the Crime, which Patterson Hood, of the Drive-By Truckers, produced in 2007 and which had a nice rock ’n’ roll edge.

When it comes down to it, Henry is a perfect fit for LaVette. And Worthy is a sweet reunion.

The album contains a song from each of the cosmic trinity of 1960s rock: “Unbelievable,” an obscurity from Bob Dylan (from the critically disdained 1990 album Under the Red Sky); a Beatles throwaway, “Wait” (from Rubber Soul); and the Rolling Stones’ “Complicated,” which was on their underrated album Between the Buttons.

But LaVette isn’t aiming for some empty-headed ’60s nostalgia here. Remarkably, she makes you all but forget the original versions by these exalted masters. I didn’t even recognize “Complicated” until about halfway through. “Unbelievable,” which kicks off the album, is the toughest and, yes, funkiest thing on the record. And LaVette brings out more emotional depth in “Wait” than the Fab Moptops ever did.

Other gems on Worthy are the slow, bluesy “Just Between You and Me and the Wall You’re a Fool” (written by James Brown, but not that James Brown); the stunning “Undamned,” which begins, “Sometimes the things we believe turn out to be nothing but a scam/I’m just trying to get my world undamned”; and “Stop,” a minor-key Joe Henry tune in which LaVette gets defiant. “Don’t tell me to stop,” she sings.

But I don’t know anyone who wants Bettye LaVette to stop.

And here's Bettye covering The Beatles