WACKY WEDNESDAY: The Whole World Digs That Sound From the U.S.A. 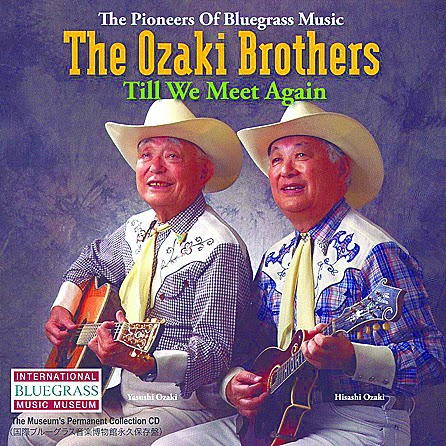 The Blasters sang it.

And so I'm going to indulge in a little American exceptionalism, musically speaking, and present a little showcase how different styles of the American music we love deeply in out hearts have been reinterpreted by pickers and singers from all over the globe.

Some of the music below might make you laugh at first. That's OK. After all, it's Wacky Wednesday. But after a chuckle or two, listen to these songs. There are some fine musicians here and their art is a testament to the glory of American music (not to mention the kinship of musicians throughout the globe and the strands of human culture that unite creative people everywhere.).

Obviously, American music has been influenced by all sorts of sounds that originated in Europe, Africa, Mexico, pre-statehood Hawaii etc. But hard-working American musicians turned it all into something new. And around the world, those who heard the call soaked it in and added their own sounds and made it new again.

In fact, the artists I like best out of these are the ones who take our roots music and add elements of their own culture. One of the best examples of this is a Romanian blues band called Nightlosers. Years ago I reviewed their album Plum Brandy Blues. And I still love it.


And how about a little late-'60s/early-'70s psychedelic garage soul from Ghana: I give you The Psychedelic Aliens!

And now, some hardcore, Casbah-rockin' punk sounds from war-torn Syria. This band from Damascus is called Mazhott. And they rock! Their sound is quite addictive.

According to a 2009 interview in Taqwacore Journal, they started out around 2007.

We sing about stuff that matters to young people, in general, and social [issues]. [For example], the high school diploma, here, is unbelievably difficult, so, we wrote about that. We wrote about fathers forcing their young daughters to marry older men, about our generation that is frustrated and lost and don’t know wot to do with their lives,  about less separating of boys and girls, and about how we need more attention and freedom.

Below, from the group's Bandcamp page is their 2013 EP M is for Mazhott. (And if you like these amazing songs, fork over a couple of bucks and buy it! I did.)

And of course, there is Japanese bluegrass. The Ozaki Brothers, Yasushi and Hisashi, are bluegrass pioneers in the Land of the Rising Son, who as pre-teens in World War II, had to secretly listen to the American folk music they love because the government had banned it, according to WAMU's Bluegrass Country website,

Here's a 2009 video of the brothers singing "Are You Washed in the Blood of the Lamb."

And let's close out with some Argentine rockabilly by a band called Coyotes!

(Hat tip to Tripp Jennings, who inadvertently inspired this with an unrelated Tweet last week,)
at March 25, 2015