A version of this was published in The Santa Fe New Mexican
April 24, 2015

It’s so easy to get cynical about rock ’n’ roll in the 21st century. Insert your biggest complaints: Nobody pays for music these days, and we get what we pay for; all our favorite bands are broke while brainless pop tarts cash in; blah-blah-blah. 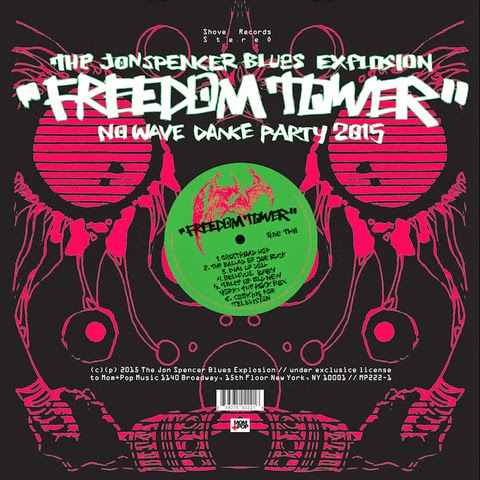 But at the risk of sounding like Little Mary Sunshine, let me tell you something, pal: These are the good old days. How could anyone be down about the state of rock when, in the past few weeks, two mighty bands have released powerful albums?

I’m talking about the Jon Spencer Blues Explosion’s latest assault, Freedom Tower: No Wave Dance Party 2015, and This Is the Sonics, a brand-new record from a band that’s a living blast from the past.

Both of these works are screaming testimonials to the rejuvenating power of the music — and should (but won’t) put to rest the old truism about rock ’n’ roll being some kind of youth-culture curio.

As Spencer shouts in the middle of “Bellevue Baby,” “Don’t it feel good to be alive!”

Maybe I’m prejudiced here because my ears are still ringing from seeing Spencer and his cosmic combo live in Washington, D.C., just a couple of weeks ago. Though all three band members have to be pushing fifty (Spencer first rose to glory fronting the band Pussy Galore in the ’80s), if anything, they were wilder and more energetic than they were the first time I saw JSBX live 21 years ago (at the old Sweeney Center, opening for the Breeders).

By the early part of this century, I thought the Blues Explosion was basically cooked. After its 2004 album, Damage, the group took a lengthy break. Spencer partnered up with Matt Verta-Ray and formed the rootsier Heavy Trash, which recorded three decent, if not earthshaking, albums.

Then, in late 2012, the Blues Explosion — rounded out by guitarist Judah Bauer and relentless drummer Russell Simins — reunited, as the good lord intended it to, releasing an excellent comeback album, Meat + Bone.

If anything, Freedom Tower is even stronger. “Come on, fellas, we got to pay respect!” Spencer bellows at the outset of the first song, “Funeral.” I’m not sure what corpse this funeral is for, unless it’s death itself.

The new album is a loving song cycle about the Blues Explosion’s hometown, New York City. In some tunes, such as “Betty vs. the NYPD” and “Tales of Old New York: The Rock Box” (where Spencer talks about sneaking into CBGB through the back alley), the band indulges in a little well-earned nostalgia about the sleazy, crime-ridden era of the ’70s and ’80s, those gritty days when punk rock, hip-hop, and, yes, “No Wave” were born.

Ah, good old No Wave. I heard echoes of that during JSBX’s live show, and you can hear traces of it on this album as well. For the uninitiated, No Wave is a post-punk, anti-commercial blending of loud punk, avant-garde noise, free-form jazz, performance art, and more. No Wave “stars” included bands like Suicide, James Chance & the Contortions, and Teenage Jesus and the Jerks. Sonic Youth rose from New York’s No Wave scene. And Spencer’s Pussy Galore was inspired by the craziness of it all, though, as I’ve said before, that band was more fartsy than artsy — and that goes triple for the Blues Explosion.

As Spencer proclaims in “Down and Out” on the new album, “This is America, baby: We ain’t got no class!”

The subtitle of Spencer’s new album is spot on. Spencer’s real genius is bringing the No Wave noise — but with the Blues Explosion’s distorted blues/soul/garage guitar riff to make it funky and even danceable, in a goony tribal-stomp kind of way.

It’s a trademark of JSBX for Spencer to shout “Blues Explosion!” for no apparent reason, and he does so intermittently on this album. It’s as if just the thought of playing again with Bauer and Simins fills him with uncontrollable joy. And, in fact, fans of the Blues Explosion will feel the same way when they listen to Freedom Tower.

Here’s yet more good news for New Mexico fans: The Jon Spencer Blues Explosion is scheduled to play Launchpad in Albuquerque on May 21. Tickets are a mere $15 — which is $5 less than what I paid in D.C. Sorry, kids, you have to be twenty-one. 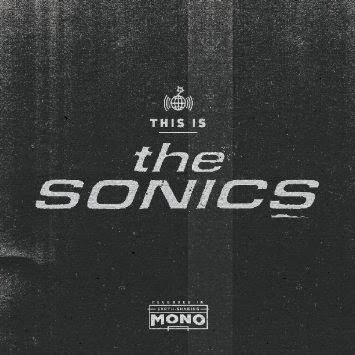 As for the Sonics, the new album by that crazy little group from Tacoma is a true marvel. The core members — keyboardist Gerry Roslie, guitarist Larry Parypa, and sax player Rob Lind — are pushing seventy.

Their original heyday was in the mid-1960s, when they shook the Pacific Northwest with songs like “Psycho,” “The Witch,” “Strychnine,” and “He’s Waitin’ ” — a song about Satan.

During their first incarnation, they didn’t really gain fame beyond their native region. But through the years, the Sonics sound inspired new generations of punks and garage rockers.

I always liked the Sonics, but I never really drank the strychnine until I saw them live in New Orleans at a quasi-annual music gathering called the Ponderosa Stomp.

This Is the Sonics shows that the band’s amazing live show is no fluke. Produced by Jim Diamond, a Detroit native who used to be a member of the Dirtbombs, the album can stand proudly by the Sonics’ old material.

There are a handful of original tunes, the best being “Bad Betty” and “Livin’ in Chaos,” sung by “new” member Freddie Dennis, a Sonic since 2009 who was with the Kingsmen in the ’70s and ’80s.

Even their “ecology” song, “Save the Planet,” avoids most tree-hugger clichés. “We’ve got to save the planet! It’s the only one with beer.”

And, like the Sonics albums of yore, there’s a plethora of supercharged cover songs, including “I Don’t Need No Doctor” (famously recorded by Ray Charles), Bo Diddley’s “You Can’t Judge a Book by the Cover,” and, my favorite in the lineup, “Leaving Here,” an early Motown song with lyrics by Eddie Holland. Though all these tunes are recognizable, they nonetheless bear the stamp of the Sonics.

I just hope they keep going into their eighties.

Here's another cool video of a song from Freedom Tower. This one features comedian/singer Bridget Everett.

I think The Blues Explosion had nearly as much with these videos as they did the music on Freedom Tower,