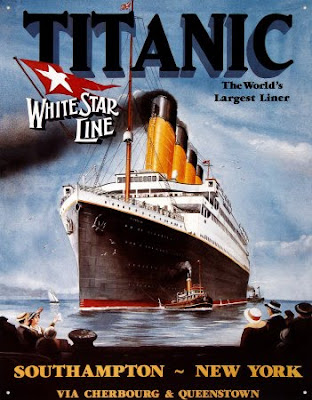 The assassination of President Abraham Lincoln. The sinking of the Titanic, The Black Sunday dust storm of 1935.

What do these great American disasters and tragedies have in common?

They all occurred on April 14.

There is no national holiday next Tuesday, but we can remember the victims and the the historical consequences of all three events through songs like these:

And here are the two songs called "April 14 Part 1" and "Ruination Day Part 2" on Gillian Welch's 2001 album Time (The Revelator). In  both there are images of Lincoln, the Titanic and Okies fleeing the Dust Bowl. She makes direct reference to "God Moves on the Water," from the refrain of Bessie Jones' song about the Titanic.

Oh, what the hell?