THROWBACK THURSDAY: Did You Ever Hear That Coffin Sound? 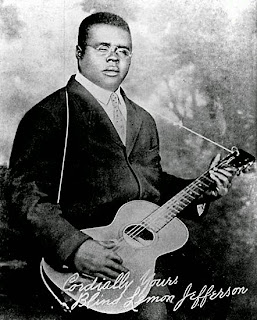 Last week when eulogizing B.B. King, I included "See That My My Grave Is Kept Clean," the title song, sort of, from his final studio album. It's a song known by at least three names -- the one King used; "Two White Horses," and "One Kind Favor" -- which was the actual title of King's last album.

Blind Lemon Jefferson, a bluesman from Texas, recorded the song  in 1928, but I first heard it in the version by Canned Heat. The song, part of Heat's 1968 album Living the Blues, wasn't a huge hit. But it was the flip side of "Going Up The Country," which probably was their biggest hit. They played it on KVSF here in Santa Fe ever so often and I liked it right off.

But I didn't really get into it until the early '70s, when, as a college kid  I started making trips to Juarez, Mexico with my buddies. it was always on the jukebox at El Submarino nightclub, and I always played it several times as my friends an I sat there loading up on 35-cent margaritas. The crazy energy of the song -- not to mention the fatalistic, somewhat morbid lyrics with strange images of white horses coffin sounds and graves in need of cleaning -- seemed to capture the Juarez spirit of those happier times.

Blind Lemon died two years after recording "See That My Grave Is Kept Clean." But the song is allive and well. Blind Lemon's version was included on Harry Smith's more-than-influential Anthology of Folk Music in 1952.

Even before then, it was recorded by a bunch of other blues artists including fellow Texan Lightnin' Hopkins, Furry Lewis and Mississippi Fred McDowell. And it keeps popping up in the realms of folk, rock, soul and the blues.

Here are some of the better versions of the song. Let's start with Mr. Jefferson's:

Bob Dylan, whose career owes a lot to Harry Smith's Anthology, was one of several folk revivalists who recorded it. His fiery version of  "See That My Grave Is Kept Clean" was on his first album. (Notice on this one, the two white horses aren't just "in a line" as in most renditions of the song. In Dylan's, the white horses are "following me.")

Dylan's version inspired this electric rendition by The Dream Syndicate in 1988.

Lou Reed performed a growling, menacing take on the tune at a Harry Smith tribute concert in 2001.

Also in the early part of the century, folkie Geoff Muldaur (a former member of Jim Kweskin's Jug Band), recorded a haunting two-part saga in which he and some pals take literally Blind Lemon's odd request.


But still the best version of "One Kind Favor" is the version that brought the boogie to El Submarino. Viva Canned Heat!