WACKY WEDNESDAY: Do Not Adjust Your Computer, It's the Bonzo Dog Doo-Dah Band 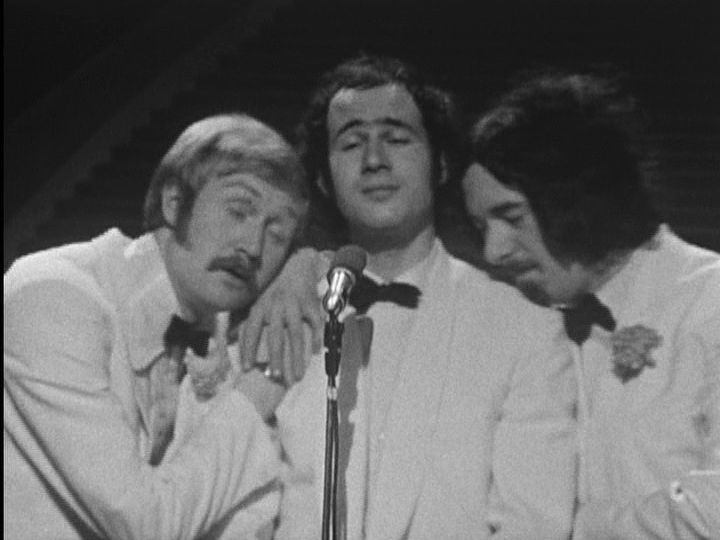 Back in the late 1960s in England there was a TV comedy show called Do Not Adjust Your Set, whose cast included Eric Idle, Terry Jones, and Michael Palin -- all three becoming members of a little comedy team called Monty Python shortly after the show was cancelled in 1969.

Another thing about DNAYS: Its house band was none other than The Bonzo Dog Doo-Dah Band, a group that had one foot in the Roaring '20s and the other in surreal rock 'n' roll. They performed a song (and sometimes helped out in the comedy skits) every week.

The bond between the Bonzos and Monty Python would remain strong. Innes would perform with and write songs for Python. he and Idle would become members of The Rutles, a Beatles send-up that resulted in a TV movie, All You Need is Cash, and a soundtrack album.

I just stumbled across a stash of Bonzo Dog songs on YouTube from Do Not Adjust Your Set, which featured members of Monty Python. Here are a few of them that make for a perfect Wacky Wednesday.

I first heard this on the Urban Spaceman album when I was in high school.

The Bonzos performed this song in the strip-joint scene in The Beatles' Magical Mystery Tour. (And a certain alt-rock band from the '90s took its name from this song.)

And speaking of The Beatles, I always wondered whether John Lennon got his idea for "Bungalow Bill" from this next one.

And here's one I wasn't familiar with:


Big hat tip to John Smallwood, who is an even bigger Bonzo Dog fan than me.


UPDATED Nov. 15, 2015. Most of the original videos I posted were yanked by the YouTube police. I've replaced them with versions that hopefully will be around for awhile.