A version of this was published in The Santa Fe New Mexican
June 12, 2015 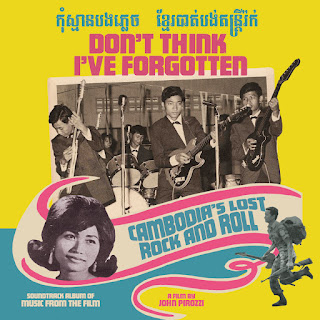 For about a decade after the nation’s independence from France in the early 1950s, there was a great cultural bloom in Cambodia. The country was relatively prosperous. Phnom Penh, its capital, was alive and thriving. The ancient culture was strong — in fact, strong enough not to be threatened by encroaching modern Western culture.

During this time, before the war in neighboring Vietnam spilled over and eventually engulfed the land, Cambodians joyfully welcomed the outside world: motorcycles, miniskirts, and long hair. They didn’t miss out on the ’60s in Cambodia. They loved the cha cha cha from Cuba. They loved soul music and rock ’n’ roll from the U.S.A. — and from France, England, and wherever else it drifted in from.

As shown in the new documentary Don’t Think I’ve Forgotten: Cambodia’s Lost Rock and Roll, by John Pirozzi, this was a sweet dream that ended brutally. Communist rebels known as the Khmer Rouge took over Cambodia in 1975. Led by a shadowy figure named Pol Pot, the new leaders forced mass evacuations from Phnom Pehn and other cities, and for the next four years, in their effort to build a socialist paradise, they basically turned the whole nation into a big agricultural prison camp. With grim vehemence the Khmer Rouge targeted intellectuals, professionals, artists, and, yes, musicians. They almost destroyed a nation, including its music.

Another terrible truth: Some of the biggest stars of Cambodian pop and rock — including Sinn Sisamouth, Ros Serey Sothea, Pen Ran (sometimes spelled Pan Ron), and Yol Aularong — apparently ended up in unmarked graves in the killing fields during the Khmer Rouge years. Nobody, not even their surviving family members, knows exactly when or where they died.

Although Pirozzi certainly doesn’t pull any punches about the Khmer Rouge, fortunately the documentary is not just about slaughter, repression, and horror. The first part of the film deals with the good times, the crazy music, and the amazing musicians who made it.

During that heady golden age, Cambodia was ruled by a prince named Norodom Sihanouk. He might be the closest thing to a benevolent dictator the world has seen in modern times. You might say he governed with a velvet fist. Not only was he the man in charge, Sihanouk was an artist, a poet, a filmmaker — and a musician. He sang, and he played sax. He was a prince, and he was funky! Sihanouk composed music, including a patriotic anthem called “Phnom Penh,” which appears in the documentary and on its excellent soundtrack album, performed by members of the Royal University of Fine Arts. (The song originally appeared in Sihanouk’s mid-’60s movie, The Enchanted Forest.) Sihanouk ordered government departments to start their own orchestras. His regime sponsored singing contests around the country. The national radio station moved away from focusing on dull government propaganda to blasting cool music. 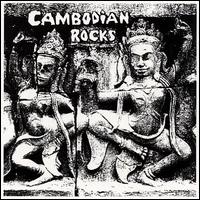 It is true Sihanouk didn’t put up with much dissent. As the film points out, he cracked down hard on Commie insurgents from the rural areas. Watching the movie, it seems Sihanouk considered these rebels not only to be traitors but party poopers as well. He adopted a policy of neutrality during the Cold War. That became harder as the fighting in Vietnam escalated next door. The drums of war would eventually drown out even the loudest Cambodian rock bands and spell doom for Cambodia’s cultural oasis, but in the meantime, the kids there rocked out to those wild American sounds brought there by tin soldiers and Nixon’s coming.

Sihanouk was overthrown by a right-wing, U.S.-backed coup in 1970. He later joined forces with the very Communist insurgents he’d once repressed. But as soon as the Khmer Rouge took power, Sihanouk basically ended up under house arrest.

I’ve been listening to Cambodian rockers like Sisamouth (who Pirozzi has described as the Frank Sinatra and Elvis Presley of Cambodia) and Sothea for nearly a decade, ever since I became a fan of Dengue Fever, a California band that was sparked by Cambodian rock from this era. But until watching Don’t Think I’ve Forgotten, I didn’t know anything about their lives — except that they probably were killed by Pol Pot’s bully boys.

Despite facing some obvious limitations, Pirozzi brings these artists to life. Unfortunately, not much footage of the musicians survived the great destruction. However, the filmmaker found tons of great photos, including an amazing colorful gallery of record covers. He tracked down surviving family members — Sothea’s sister and Sisamouth’s son, Sin Chanchhaya (who died earlier this year shortly after winning the legal rights to more than 70 of his dad’s songs). 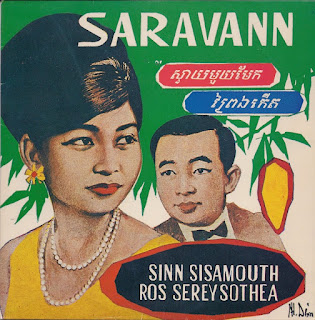 He also found some musicians who survived the Pol Pot years. There is Mol Kagnol of the band Baksey Cham Krong — the group could play surf music as well as what sounds like a twangy country ballad (the song “Full Moon”).

There is also an interview with a female singer named Sieng Vannthy, who recalls Nancy Sinatra in miniskirt and go-go boots in her star years. Vannthy, who died in 2009, tells how she avoided probable execution by lying and telling the Khmer Rouge soldiers that she was a banana vendor, not a singer.

I once wrote that Dengue Fever, by turning so many people on to long-forgotten Cambodian rock, represented “a sweet, symbolic triumph of freedom over totalitarianism; of rock ’n’ roll over the killing fields; of sex, joy, fast cars, and loud guitars over the forces of gloom and repression.” That goes triple for Don’t Think I’ve Forgotten. This story needs to be told, and this music needs to be heard.

The film opens on Friday, June 12, at The Screen.

On this next one by Yol Aularong, try not to think of "Pagan Baby" by Creedence Clearwater Revival