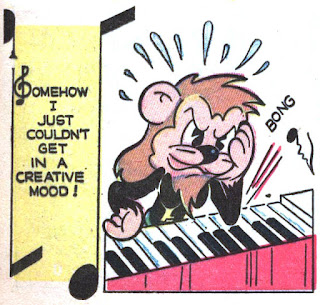 It's part of the New Jersey-based independent public radio station WFMU's web of craziness, and many of the station's DJs have contributed blog posts though through the years. But during its time the blog has taken a life of its own.

But here's the bad news: On July 30, station manager Ken Freedman officially posted that the party is over.

You No Longer Need to Beware of the Blog

After ten fun-filled years, we're packing up shop here at WFMU's Beware of the Blog. Many thanks to the dozens of volunteer authors who put in so much time and love into their posts and articles, and thanks to the commenters and trolls who almost feel like part of our dysfunctional family.

Damn! Another good thing has done gone on. Freedman doesn't really say why the station is ending the blog, though he mentions the thing hasn't had an administrator in several years.

Also, a recent post on WFMU's Facebook page said, "Social micro posts have killed blogs, more or less, but there is great reading and strange truth to be found on the blog archives. Also lots and lots of links to great audio."

To commemorate the passing of Beware, I'm just going to post a few links to some of my favorite music posts.

* One of coolest was a post about "Country Fuzz" -- the use of fuzz-tone guitars in the 1960s and '70s. Some of the best-known country stars of that era -- Buck Owens, Merle Haggard, Waylon Jennings, (who sounds outright grungy on this one),  Wanda Jackson -- all went fuzzy for a while back then. Greg G, who posted this credits Nashville cat Grady Martin for inventing fuzztone -- with the help of a malfunctioning channel on the control board --  during a Marty Robbins recording session in 1960.

Here's one of the later examples of country fuzz featuring Webb Pierce: 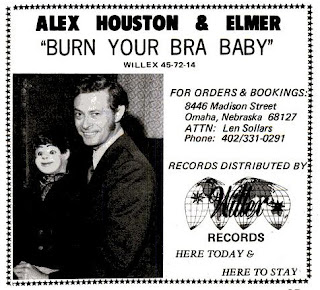 * Speaking of country music, Greg G. also had a post about songs about them women's libbers burning their bras. I've played "Burn Your Bra, Baby" by Benny Johnson many times on the Santa Fe Opry. But there actually are TWO songs by that title, the other being the one by a ventriloquist named Alex Houston and his dummy, Elmer. It'll be worth your while to read the post, which unveils a woman's bizarre conspiracy claim that Alex Houston hypnotized her into becoming part of a government cocaine smuggling ring. It's not clear what role Elmer played in the conspiracy.

* Beware the Blog regular Bob Purse (a musician I wrote about in my very first Wacky Wednesday last year)  is fond of "vanity records" -- self-financed recordings by amateur singers. This is a recent one by a guy named Scotty Scott. Purse posted both the A-side,  "Chattanooga, Nashville, Battlecreek Trek" (my favorite) and the B-side  "Antique Hunter's Craze." The first song includes some real poetry: "One man gets a job, then his brother gets one, too / Then his Uncle Bob, with or without a shoe." 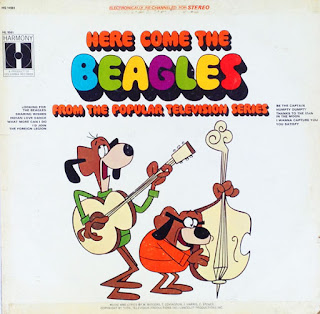 * Back in 2008 Beware had an entire series of posts about Fake Beatles bands. One of my favorites was the one about The Beagles, a short-lived Saturday morning cartoon about a group of rock 'n' roll canines.

Another post in the Fake Beatles series featured a bunch of advertising jingles for Hoagiefest -- a convenience store's big sale sale on hoagie sandwiches.

So the bad news is that there will be no new posts -- no fake Beatles or weird vanity records or anti-feminist rants -- on Beware of the Blog.

But the good news is that Freedman promised: We will keep every single post up here for all of eternity, and someday, WFMU may resume online publishing.

And you can still find plenty of crazy sounds over at WFMU's Rock & Soul Ichiban (which has its own 24-hour online stream for rockabilly, soul, R&B, garage, surf and hillbilly music.)