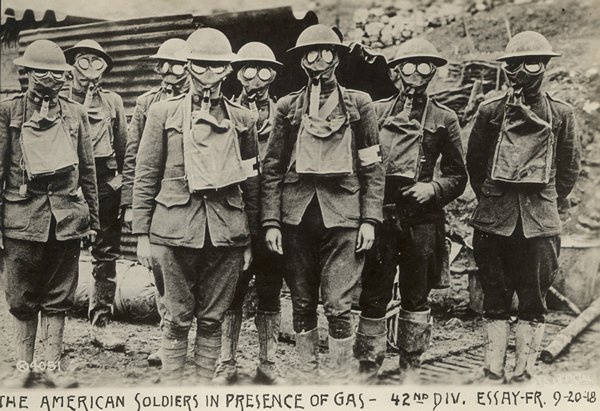 This one is for all the Willie McBrides and the other forgotten heroes of forgotten wars. And for Kurt Vonnegut too.

Yesterday was Veteran's Day, a day to honor the men and the women who have served in the military. Veteran's Day was born in 1945 after the end of World War II.

But it started out as something different: Armistice Day. A day to mark the end of a war. Kurt Vonnegut spoke of Armistice Day in his 1973 novel Breakfast of Champions. (I was going to look for this passage in in my battered old copy of  the book to use here, but those wackos at Wonkette made it easier for me to copy and paste.)

It was during that minute in nineteen hundred and eighteen, that millions upon millions of human beings stopped butchering one another. I have talked to old men who were on battlefields during that minute. They have told me in one way or another that the sudden silence was the Voice of God. So we still have among us some men who can remember when God spoke clearly to mankind.

Indeed, I've heard lots of speeches by lots of politicians on Veteran's Day thanking veterans for their service and praising the military in general. But rarely do you hear them talk about the horror of war.

So in that spirit of Armistice Day as descried by Vonnegut, I'm going to share some moving songs about World War I -- and some of the most powerful anti-war tunes ever sung by human beings.

The first two were written by Eric Bogle. a Scottish folksinger who immigrated to Australia decades ago.

Both of the songs tell of the horrors of the War to End All Wars. And the first time I heard both of them I incorrectly assumed each was written by someone who had to be personally acquainted with that war. Actually Bogle wrote both of these songs in the 1970s.

To my ears the best versions of these Bogle songs are by Celt-Punk bands. Here is "The Band Played Waltzing Matilda" as recorded by The Pogues for their seminal 1985 album Rum, Sodomy & The Lash.

Bogle wrote the song "No Man's Land," which came to be better known as "The Green Fields of France" after visiting a graveyard in the French countryside and coming across the grave of an Irish soldier named Willie McBride who was killed in 1916. Here's the recorded version by The Dropkick Murphys from their 2005 album The Warriors Code.

Lastly here's John McCutcheon's "Christmas in the Trenches." I know it's a little early, but as McCutcheon says in the introduction to this live performance, the story needs to be told 365 days a year.