THROWBACK THURSDAY: You're the Dirty Hack That Shot Your Woman Down 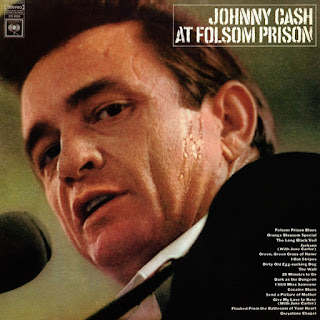 Last night in the Roundhouse news room, after a long day of covering the Legislature,  I was talking to my old friend and fellow newsdog Stuart Dyson and made some reference to a line from "Cocaine Blues" which we both know mainly from Johnny Cash's version on his Folsom Prison album.

Stuart couldn't resist and responded with some other verses from the song. I followed suit as did he, until we'd practically recited the entire song -- albeit not in the correct order. The other reporters in the room, most of which are much younger than Stuart and me, probably just wrote us off as deranged old fools babbling in some secret codger code -- strange talk of  "hop joints," smoking pills, and "dirty hacks" who shoot their women down,

But who cares? It's a great old song. Here's how Johnny sung it:

But -- as longtime Throwback Thursday readers probably figured -- Cash wasn't the first to do this song.

"Cocaine Blues" was written in the late 1940s by a western-sing singer named T.J. "Red" Arnall, who recorded it with his band W. A. Nichol's Western Aces. This version is fairly similar to the one Cash would do 20 years later -- but without Johnny's crazy edge (and without referring to the victim in the song as a "bad bitch.")

But the song even pre-dates Red Arnall. And the murdered woman has a name: Little Sadie.

Yes, "Cocaine Blues" basically is a drug-fired rewrite of  the old murder ballad "Little Sadie." You can hear that in Doc Watson's version.


And there is another murder ballad that shares a lot of elements with "Little Sadie' and "Cocaine Blues" called "Bad Lee Brown" (not to be confused with "Bad, Bad Leroy Brown.")

Here's a version from more than 85 years ago by John Dilleshaw, who was in a band called Seven Foot Dilly and His Dill Pickles. (Thanks to Murder Ballad Monday for pointing me to this song.)

In the early '40s Woody Guthrie recorded "Bad Lee Brown" and it sounded a lot more like what would become "Cocaine Blues" -- even though there was no mention of the white powder.

So come on, you gotta listen unto me, lay off that whiskey, and let that cocaine be.