A version of this was published in The Santa Fe New Mexican
March 11, 2016 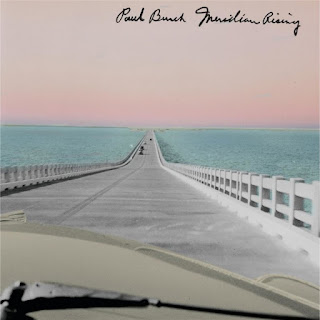 You know from the first words Paul Burch sings on his new album, Meridian Rising, that this is going to have a lot more attitude than most records honoring any country-music immortals.

“Let me tell you all about the place I’m from/Where the police tip their hats while they’re swinging their clubs. … You best mind where you go and watch what you say/I’ll visit your ma, but I’m not going to stay.”

Yes, the sweet sunny South of romantic myth juxtaposed against the oppressive reality. I knew right then I was going to love this album.

That song “Meridian” is about Meridian, Mississippi, and the album is about that town’s most famous son, Jimmie Rodgers — America’s beloved “Singing Brakeman,” often called the “father of country music.” 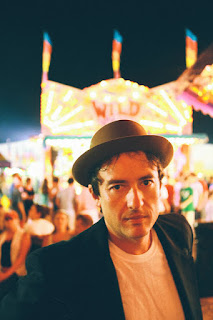 But Burch, a honky-tonkin’ alt-country hero for more than 20 years, swings down the club on any notion that this is anything like any Rodgers tribute you’ve heard before. (And there have been some fine ones, such as Merle Haggard’s Same Train,A Different Time, Steve Forbert’s Any Old Time, and the Bob Dylan-instigated various-artist spectacular, The Songs of Jimmie Rodgers.) For one thing, there are no actual Jimmie songs here, though most the tunes are played in the Rodgers style that blends hillbilly, blues, and jazz.

Instead of merely covering his songs, Burch tells the story of Rodgers’ life — not as a literal biography, but with songs from Rodgers’ point of view in various situations. You find Rodgers on tour like a Depression-era rock star on “US Rte 49” —  traveling, picking, drinking, womanizing. “They put me up in a house after the show/The mayor’s wife and daughter came in the back door. … Girls did alright by me but I had to leave ’em on Rte 49.”

But the stories Burch tells aren’t all fun and games. “Poor Don’t Vote” shows Rodgers’ working-class sympathy with those hit hardest by the Depression — and his anger at politicians who exploited and looked down on them. “You think you’re safe ’cause the poor don’t vote. … You’d better be kind to this rabble/’Cause if you got my vote or not may be the least of your troubles.”

Rodgers’ death from tuberculosis at the age of thirty-five is foreshadowed in several tunes — even in the good-time “US Rte. 49,” there’s a quick road stop in a hospital.

On “Fast Fuse Blues,” the singer notes “Later’s coming earlier every day,” and makes a last request: “Take me to Coney Island, so the last thing in my eye/Is you way up on the Wonder Wheel waving me goodbye.” Indeed, Rodgers visited Coney Island the day before he died.

The beauty of these songs — the stories they tell and the emotions behind them — is that they stand on their own even if a listener knows nothing about Rodgers.

In the end, Meridian Rising makes me better appreciate both Rodgers and Paul Burch. 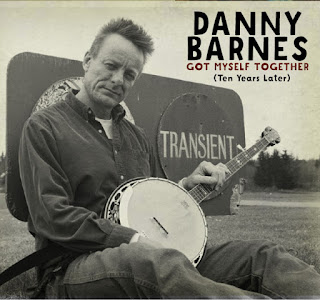 * Got Myself Together (Ten Years Later) by Danny Barnes. Banjo maniac Barnes first got famous — well, maybe not actually famous, but he achieved a certain level of underground acclaim — with the pioneering Texas alt/punk/weirdo-bluegrass outfit called Bad Livers in the 1990s.

The Livers broke up around the turn of the century after their commercially disastrous final album, Blood and Mood, basically scared and/or angered much of the Americana crowd. In my review back then I wrote, “Had Beck been raised in Mayberry as the abused stepson of Gomer Pyle …”

In other words, I loved it.

After that, Barnes left Austin for Washington State and began a solo career, sometimes collaborating with jazz guitarist Bill Frisell and even Dave Matthews — yes, that Dave Matthews — and others.

In 2005, Barnes released a record called Get Myself Together. “It was kinda my last acoustic type effort heretofore (I launched pretty heavily into my electronic period),” Barnes wrote on his website.

I’m not exactly sure why he decided to release a new version of that album, but somehow I missed the original when it came out, so I’m glad he did. (Unfortunately, he left off his bluegrass version of “Sympathy for the Devil,” which was on the 2005 album, though he does have a new version of Bad Livers’ “I’m Convicted” as a bonus track on the new one.)

Barnes does most of these tunes solo, mainly just voice and banjo. His wry lyrics and his vocal phrasing make him sound like a modern John Hartford. You can hear that in the song “Wasted Mind,” a disdainful look at some kid going nowhere fast.

“He ain’t the first boy standing round a beat-up Chevy/Want to sing like Eminem,” Barnes sings while his fingers fly around his banjo. “On a first name basis at the police station/Where you spend a lot of lonely nights/Standin’ in the line-up lights.”

Incarceration for stupidity is the theme of another highlight here, “Get Me Out of Jail.” It begins “Well, I got drunk this morning/And I went off to work/By nine or ten I cashed it in/And threw up on my shirt/Then I lost your house keys/So I broke in with a rock/I keep my OxyContin baby/Way down in my sock.”

And things get worse from there.

Here's a live performance of "Meridian" by Paul Burch

Here's Jimmie Rodgers -- at least that's the name on the tail of his shirt. And yes, that's Louis Armstrong on the cornet and his wife, Lil Hardin Armstrong on piano.


Here's Danny Barnes singing "Get Me Out of Jail" with Mimi Naja on mandolin and drummer Tyler Thompson live in Oregon last November.