WACKY WEDNESDAY: This Gator's Gonna Get Your Granny! 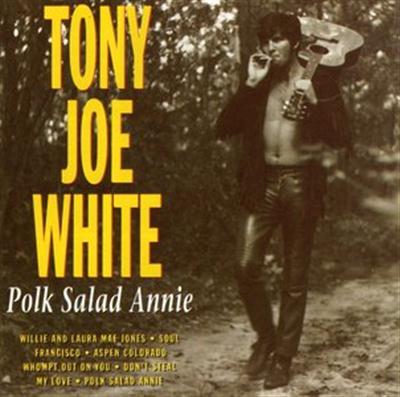 Those of you who follow me on Facebook or Twitter might already know that I got a little steamed at the most recent episode of HBO's Vinyl -- specifically in which record execs Richie Finestra, and Zak Yankovich catch Elvis Presley in Las Vegas.

This, of course was in the mid '70s when the King was in decline and during the scene Zak, played by Ray Romano, is disappointed and downright disgusted that his rock 'n' roll hero of his youth has morphed into the watered-down white jump-suited idol of un-hip old ladies.

But what really gets to Zak is the song Elvis (Shawn Klush) sings in the scene.  It's "Polk Salad Annie," a 1968 hit by Tony Joe White that Elvis picked up on and made a staple of his live set.

“The king of rock ’n’ roll is singing about lettuce!” Zak says scornfully.

And that's why I got pissed. You can't argue that Elvis wasn't going downhill artistically at this point (though he still had guitarist James Burton and his back-up singers The Sweet Inspirations going for him.) But whatever Elvis' problems were, "Polk Salad Annie" was not one of them.

There was no shortage of over-produced, overwrought, cornball middle-of-the-road songs from the 1970s Elvis songbook the writers could have chosen to illustrate how far he'd drifted from his 1950s rockabilly heyday.

"Polk Salad Annie," in fact is one of his better musical choices of the '70s. Its lyrics contain a sexy swamp girl, her razor-totin' mama, wanton watermelon theft, and of course granny-chompin' gators.

Mister, that is rock 'n' roll!

Here's a live version by Elvis to make my case:

There's no question, however that this is Tony Joe White's song. Here's one of my favorite versions, Tony Joe with Johnny Cash on the Man In Black's old TV show:

And more recently, Tony Joe sang a lower, slower rendition with Foo Fighters on The Late Show With David Letterman. Pat Smear looks like he's having the best time here.

Here is a Spotify playlist featuring the original Tony Joe version plus a whole bunch of covers (including one by the late Clarence Reid, Blowfly's alter ego) Play one, play some, play all.

And don't forget this song where Ray Wylie Hubbard explains how "Polk Salad Annie" helped win the heart of a stripper girlfriend. 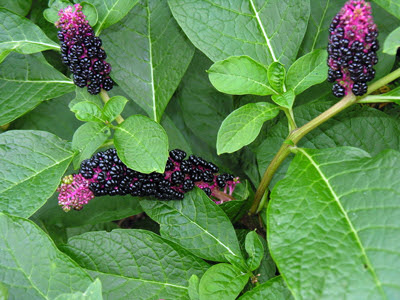 And, no, Zak, Elvis was not singing about lettuce. It's actually a toxic plant called Phytolacca americana. Unless you cook it correctly, polk salad (also known as poke salad or poke sallet or poke weed) can hurt you.

Infants are especially sensitive and have died from eating only a few raw berries. Although boiled young shoots have been eaten as greens and berries cooked in pie, ingestion of any part of the plant cannot be recommended. Adults have been poisoned, sometimes fatally, by eating improperly prepared leaves and shoots, especially if part of the root is harvested with the shoot, and by mistaking the root for an edible tuber.

(The original cooking video I had here disappeared. But here's a show called Cooking with Clyde that ought to help. He starts about 30 seconds in)