UPDATED: Now you can listen to my L.A. punk rock set and interview with The Gears on the Mixcloud player below

OPENING THEME: Let It Out (Let it All Hang Out) by The Hombres
Hombre Secreto by The Plugz 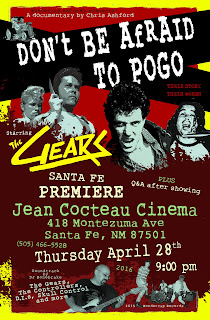 Live phone interview with The Gears

Teenage Brain / When Punk Rock Ruled the World by The Gears

Raspberry Beret by Hindu Love Gods
Musicology
One of Us
Space
Kiss by Tom Jones & The Art of Noise
Substitute CLOSING THEME: I Would Die 4U by Prince