TERRELL'S TUNEUP: From the Current Crop of Garage-Punk Madness

A version of this was published in The Santa Fe New Mexican
May 27, 2016 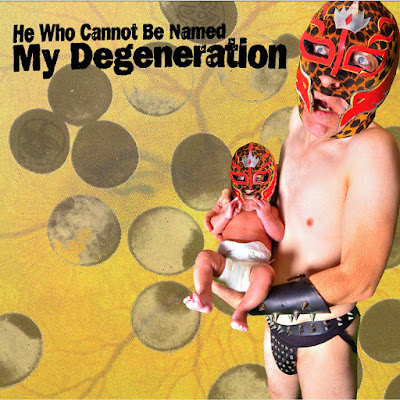 Here are a bunch of albums in the garage, punk, crazy rock vein that I’ve been enjoying lately. What?
You’ve never heard of any of these bands? That’s why I included links. Click them. Educate yourselves. Broaden your horizons. Dare to explore ...

After all, he’s a founding member of the Dwarves, veteran spunk-rockers best known for album covers featuring images with naked women crucifying a midget, and for getting kicked off Sub Pop Records at the peak of the great grunge scare for creating a hoax in which they claimed He Who had been killed in a knife fight. You know, my kind of band.

So on He Who’s latest solo record, the veteran guitarist (who never has revealed his real name) sings sweet praises to a blow-up rubber sex partner (“Lovedoll”) and a touching 1950s-edged ode to necrophilia (“One More Time”). Santa Fe’s own Gregg Turner has also explored this theme.

One of my favorites is a song that doesn’t contain any overt perversity. It’s the album opener, a rousing tune in which the singer declares he’s better than you, smarter than you, richer than you. It’s almost certainly a jab at snobs. But it’s more fun if you assume He Who Cannot Be Named really means it and expects you to bow to his superiority.

Like his mothership band, He Who has plenty of good old-fashioned rowdy punk songs, several of which are addictively melodic. But he also branches out musically. “Transfusion” and “Beautiful Disease” feature a banjo, reminding me a little of the late Tommy Ramone’s “bluegrass” band, Uncle Monk. And on “Our Sacred Hate,” there is a screechy fiddle that suggests Celt-punk. Dropkick Murphys or The Tossers would do good versions of this. 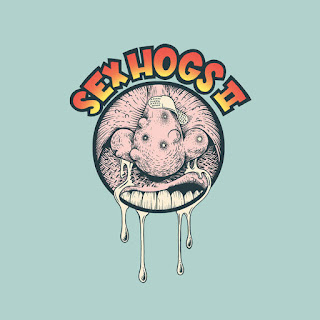 * Part I  by Sex Hogs II. Just a few years ago there was a bitchen little garage band in Albuquerque The Scrams. I never got to see them live — and in fact, I hadn’t even heard of them until several years ago when I was listening to a podcast by a crony, in which he played a Scrams song, called me out by name, and basically ordered me to love them. That wasn’t hard. They were great.
called

Unfortunately The Scrams are no more. But just a few weeks ago, former Scramster Nate Daly, who contacted me to tell me about his new band Sex Hogs II. (I’m not sure what happened to Sex Hogs I.) These feral Hogs sound a lot like the long-lost Scrams.

It’s raw straightforward garage-rock fun — “Blood in the Dirt,” “Want Some,” and “I Object” being fine high-octane boppers. But these guys are capable of pulling off slower tunes as well, such as “Sacrifice.”

I actually was surprised to learn that Sex Hogs II is a duo. They produce a pretty full sound for just two guys. The members are identified only as “Guitar Hog” and “Drum Hog” (Daly, I presume. He was the drummer for The Scrams.). “Bass Hog” joins them on one tune and, even better, “Sax Hog” plays on two others.

One of those, “Pigtails,” is, for the moment at least, my favorite tune on this record. It sounds like some kind of early ’60s rock ballad — or maybe a powerful Reigning Sound tune. I’m not sure which Hog is singing, but he pours his guts into it. And Sax Hog earns his slop on this one. (I’m a sucker for a sax on punk songs, so let’s have a moment of silence for former Stooge Steve Mackay, who died last October.)

And speaking of Reigning Sound, the only nonoriginal song here is an inspired cover of the Greg Cartwright-penned “Drowning,” which first appeared on RS’s album Too Much Guitar! Like they do on “Pigtails,” the Hogs give this one a lot of heart and soul. 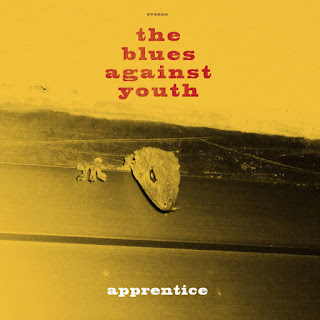 * Apprentice by The Blues Against Youth. This is a one-man band from Italy, that one-man being a Roman guy named Gianni TBAY. (TBAY. Think about it.)  He sings and plays guitar (lots of slide!) and drums. His sound is reminiscent of American one-man bands like Scott H. Biram and John Schooley, with both country and blues roots and a D.I.Y. punk-rock sensibility.

This album starts off with a slow and purdy blues instrumental called “Keep It Goin’.” At just over a minute long, however, this really is just an invocation to the blues spirits.

The faster-paced “Medium Size Star Bound” is the real opener. It features some tasty picking and lyrics about career frustration (“Medium size star bound/They can make you drown/Turn you upside down/But they can’t take your heart.” And in the middle, where you might expect a guitar solo, Gianni gives us a whistle solo. No, it’s not played on a whistle instrument — he actually whistles a melody. Truly whistling is a lost art in rock ’n’ roll.

One of my favorites here is “Got Blood in My Rhythm,” a jaunty number that would work for either the Rolling Stones (Exile on Main St.-era) as well as Dinosaur Jr. And did I say something about country roots? There’s a stunning cover here of one of Hank Williams’ saddest songs, “I Heard That Lonesome Whistle Blow.”

The album’s most impressive number is the title song, a seven-minute hard, gritty blues. Coming from out of nowhere, there’s an electric organ solo that’s nothing short of spooky. I’m not sure if this is Gianni or another musician. All I know is that it works.


And here's another mellow song

Here is some live Blues Against Youth


And when I searched for "Sex Hogs" on Youtube, I only found animal husbandry videos. But here is one of their songs you can listen to: