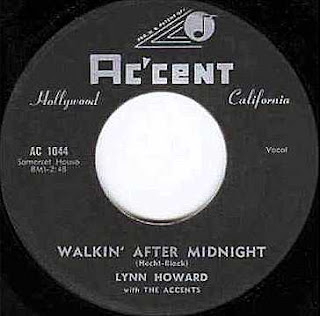 Last Sunday night (actually early Monday morning) driving home after doing Terrell's Sound World at KSFR, I tuned into the show that comes on after mine, Oil of Dog with Gary Storm. On that show Gary had Dick Rosemont, who has a Santa Fe record shop called Guy in the Groove -- as well as a cool website called the Originals Project.

What he does there is simply track original versions of popular songs. Plus, without pretending to be a completest, Dick tries to list as many subsequent versions as possible.

That night on Oil of Dog, Dick and Gary were playing various versions of "I Fought the Law," which was a hit for The Bobby Fuller Four in 1966.

I knew that Sonny Curtis, a Buddy Holly crony from Lubbock, had written it. But until that show I don't think I'd actually heard the original version by Sonny Curtis with the (post Buddy) Crickets.

Rosemont writes, "Be forewarned that not everything included here will be big news to music fans!" And that's true enough. But even for a jaded old rock 'n' roll freak like myself, I found plenty of surprises just puttering around The Originals Project.

For instance, I did not know that someone had recorded "Walkin' After Midnight' -- one of my favorite stalker songs -- before Patsy Cline. But actually a lady named Lynn Howard, with a  group called The Accents did in 1956 (The same year Patsy first recorded it.)

Likewise, I always just assumed that Big Bill Broonzy was the first to record "Key to The Highway" (which like everyone else my age, I first heard by Derek & The Dominoes in the '70s.) But actually it was recorded by a piano man named Charles Segar in 1940.

Now I knew that this '80s one-hit wonder called "Taco" wasn't the first to record called "Puttin' on the Ritz." (I still have a weird fondness from this video from the heyday of MTV.)


I knew it was written by Irving Berlin but I never knew who recorded it first. Rosemont's site informs us it was a guy named Leo Reisman, with Lew Conrad on vocals. And it's a Jazz Age delight.

Still, my favorite version is this one: