WACKY WEDNESDAY: On the Road Again 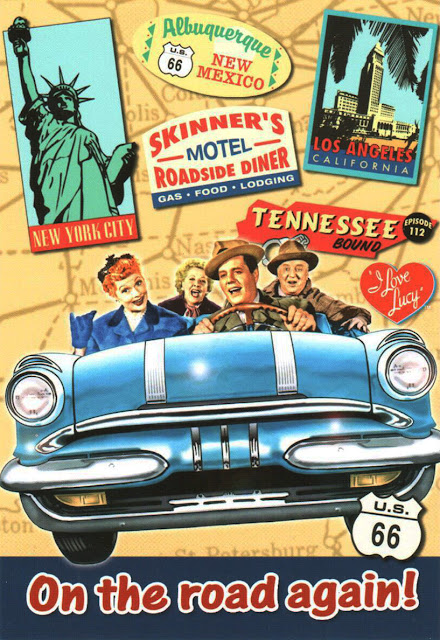 A couple of days ago on Facebook my friend Tommy C dropped some obscure lyrics from an under-appreciated Bob Dylan song, something about "brown rice, seaweed and a dirty hot dog." This sounded distantly familiar, but I couldn't remember the title of the song. So with the help of Mr. Google, I learned it was "On the Road Again," which originally appeared on the first Dylan album I ever owned, Bringing it All Back Home.

Very few entertainers have used images of seaweed, dirty hot dogs etc and started off songs with "Well, I wake up in the morning / There's frogs inside my socks ..." But lots of songwriters have used the title "On the Road Again." Though it's not very original, most of the ones I've heard I like.

Below is a collection of those. This would make a fine play list for any road trip in the summer of 2016.

I first heard the folloong song done by The Lovin' Spoonful and later by The Grateful Dead, But The Memphis Jug Band did it first back in the late 1920s.

I wasn't familiar until recently with this electric, Howlin' Wolf influenced blues by Floyd Jones

Likewise, I'm a newcomer to this rocking little tune by Tom Rush, from his 1966 Take a Little Walk With Me.

But I've been a fan of this Canned Heat tune for 45 years or more. They had a hit single with this song, but I'm posting their Woodstock performance of the song.

And I just discovered a rap tune called "On the Road Again," released in 2005 by Sheek Louch.

May you have a safe but eventful road trip or two this summer.