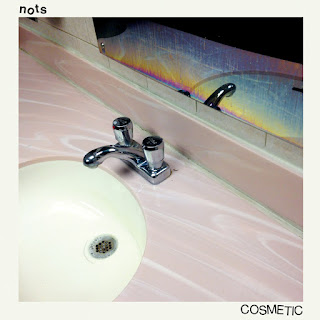 Indulge me in belaboring the obvious for a moment: Memphis, Tennessee, is an important city in rock ’n’roll. But that didn’t stop with Elvis, Sun Records, B.B. King, Rufus Thomas, Al Green, Stax Records, or Chuck Berry’s uncle writing messages on the wall.

Memphis is still an important city for rock. For years it’s been home to a vibrant “underground” rock scene, thanks largely to Goner Records (the store and the label), an associated festival called Gonerfest (coming up in late September), and bands including The Reatards, The Oblivians, and all of their offshoots.

My favorite group to emerge from this Memphis stew in recent months is Nots, an all-female punk band whose screaming new album Cosmetic is a wild delight.

Fronted by singer Natalie Hoffman, this is basically a guitar group — except they’ve got a keyboard player, Alexandra Eastburn, whose fearsome synthesized blips, bloops, wiggles, and squiggles remind me of Allen Ravenstine, the keyboard maniac of early Pere Ubu. 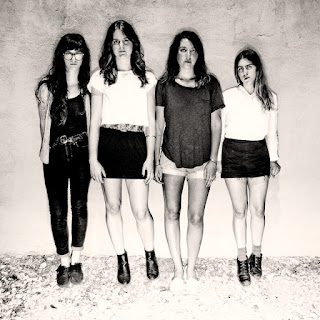 This is the most urgent-sounding music I’ve heard in a long time. Though it’s not always easy to understand the lyrics, it’s impossible to escape the intensity of the sound. Drummer Charlotte Watson deserves much of the credit for this. For the first few seconds of “Rat King” and “Cold Line,” she almost sounds like a hopped-up surf-band drummer ready to explode.

Nots really stretch out on a couple of tracks on Cosmetic. The five-and-a-half-minute title song begins with what might be described as a distorted blues riff. It starts off slow, but about three minutes in, the pace suddenly takes off and becomes a frenzied race to the finish.

Even better is the seven-minute closing song “Entertain Me.” In a recent interview with Stereogum, Hoffman said the lyrics deal with “the grotesque horror show going on in American politics and how they are portrayed — the rise of Trump, the reality-TV-like nature of American news, the almost-forced compliance of the viewer. ...” Indeed, this is entertainment!

Cosmetic will be available September 9. 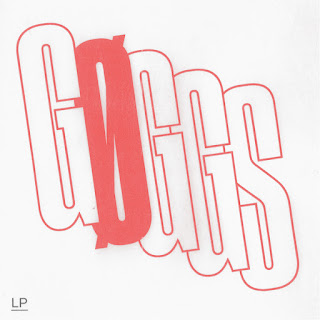 Gøggs by Gøggs. A lot of people are referring to this as Ty Segall’s latest band, but actually it’s a collaboration among Segall, Chris Shaw of Ex-Cult — a Memphis band of which Nots’ Hoffman was a member — and Charles Moothart from Fuzz, another Segall group. Shaw handles lead vocals — he’s a shouter more than a singer — while Segall concentrates on guitar, though he and drummer Moothart switch instruments on a few tracks.

It’s hard to tell what you’re going to get with each new release from the prolific, restless Segall — the Stooges-like craziness of Slaughterhouse, mellow introspection like Sleeper, or the soul-tinged, almost-poppy fare like Manipulator. Gøggs is closer to Slaughterhouse, or whatever Segall was up to when he raged at High Mayhem in Santa Fe a few years ago. It’s loud, rough, raw, and noisy. And yet it’s a friendly-sounding assault — it’s the sheer fun Segall, Shaw, and Moothart seem to be having as they pound out these 10 tunes.

Highlights here include the harsh, hard-hitting “Assassinate the Doctor” (perhaps inspired by “Fearless Doctor Killers,” Mudhoney’s protest against “pro-life” violence); the riff-heavy garage-punker “Smoke the Wurm”; and “Final Notice,” which features insane screaming and, like the Nots’ record, is driven by crazy keyboards.

You can stream all the songs from this album HERE 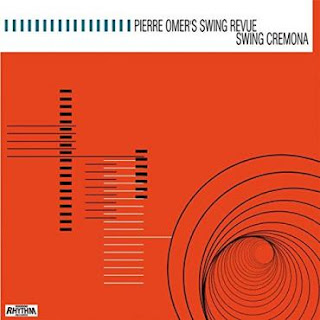 * Swing Cremona by Pierre Omer’s Swing Review. Omer used to be in a Swiss group called The Dead Brothers, who billed themselves as a “funeral band.” And indeed, there was something spooky and a little morbid about that group. But Omer’s latest band is much more upbeat.

This music is closer in sound to groups like the Squirrel Nut Zippers. They play a little hot jazz, a little vaudeville, a hint of calypso, a whiff of klezmer, and more than a touch of Weimar Republic decadence. It’s a four-piece band (guitar, stand-up bass, drums, and trumpet). But it sounds much bigger than it is.

Probably my favorite song here is “International Man of Mystery,” which makes me wish that Cab Calloway would return from the dead to sing in it and that Max Fleischer would come back and do a cartoon for it. Omer’s music spans the globe. He plays a “Russian Lullaby,” goes tropical with “Coconut Island” — try to listen to this all the way through without hearing Leon Redbone singing along — and strips “Misirlou” of any trace of surf music, taking the song back to its Middle Eastern roots (the way Dick Dale discovered it).

And speaking of Max Fleischer, the famed animator did a Betty Boop cartoon of “Mysterious Mose,” which is a variation of another song on Omer’s album, “Ol’ Man Mose.” That song, attributed to Louis Armstrong, has a rich history. A 1938 version of the song by Patricia Norman with the Eddie Duchin Orchestra is notorious for featuring the repeated use of a certain dirty word — in the refrain that goes “Mose kicked the bucket ...” Omer resists the temptation to work blue, however, so you can safely play his version for the children. 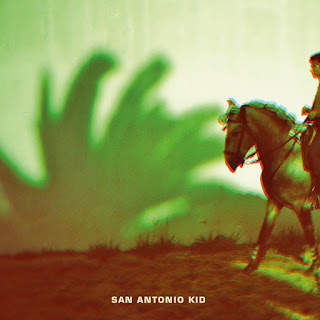 * San Antonio Kid by San Antonio Kid. This is a German group that has a strange obsession with the American Southwest. SAK plays an alluring, moody, noirish spaghetti-Western style of country rock. (Maybe we should coin a new category: sauerkraut Western?) There’s lots of twang and reverb and dreamy melodies packed into this 34-minute, eight-song record.

The whistling that opens the song “Strangers” sounds straight out of Clint Eastwood’s A Fistful of Dollars. San Antonio Kid reminds me a little of Calexico — without the marimbas and trumpet. And the harmonica on “Same Old Sound II” has echoes of Call of the West-era Wall of Voodoo.

Some videos for you:

Here's one from San Antonio Kid