A version of this was published in The Santa Fe New Mexican
Aug. 5, 2016 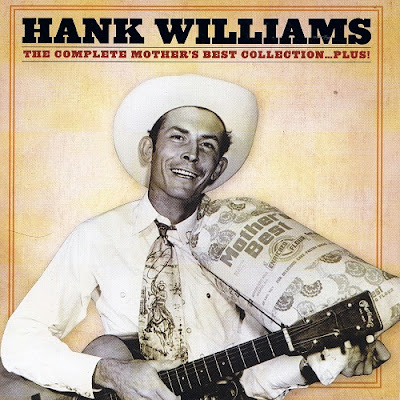 Decades before the issue of musicians “selling out” and shilling for corporate products became a subject of serious handwringing among the deep thinkers of rock ’n’ roll, Southern flour mills were bankrolling radio shows that popularized their products as well as major country and blues artists.

In 1951, the company sponsored a weekday morning at WSM in Nashville starring Hank and his Drifting Cowboys. More than 15 hours of these shows are available on a 15-CD box set called The Complete Mother’s Best Collection ... Plus! reissued last month in different packaging than the original 2010 edition.

Here you’ll hear Hank and his band singing songs, cutting up between numbers and sometimes even screwing up. At one point Hank says he’s going to perform “I Saw the Light” but instead starts singing a different song. Hank stops the song, saying “Now which one am I singing? I wrote so many of ’em to the same tune I don’t know which one I’m started off on …”

You’ll hear Hank singing some of his best-known hits — there are three different versions of “Move it On Over,” four of “Cold, Cold Heart,” etc. — novelty songs, cover songs, a plethora of gospel songs, instrumentals by the Drifting Cowboys — and 30-some songs by Miss Audrey.

Audrey Williams was a beautiful woman and a muse for some of her husband’s greatest songs. (She divorced Williams in 1952.) But she had a voice that could peel paint. I wonder how many sales of Mother’s Best Flour were lost by music lovers turning the dial when her off-key voice came over the airwaves.

She does some dandy humorous songs like “Four Flusher” and “Model T Love.” June Carter would have killed with these songs. But Audrey just made them painful. They should have let Big Bill Lister, Hank’s rhythm guitarist and opening act, do these numbers. (Lister has only one solo track here, a funny talking song called “Foolish Questions.”)

My favorite songs here are Hank’s versions of country classics made famous by others. Among these are Moon Mullican’s “I’ll Sail My Ship Alone,” Roy Acuff’s “Low and Lonely,” Bob Nolan’s “Cool Water,” and a Fred Rose song Willie Nelson made famous more than 20 years after Hank died, “Blue Eyes Cryin’ in the Rain.”

Hank’s version has a verse that Willie didn’t use, probably because it didn’t fit in with the story he was telling on his album Red Headed Stranger:

“Now my hair has turned to silver/All my life I’ve loved in vain/I can see her star in heaven/Blue eyes cryin’ in the rain.”

There’s a genuine Hank Williams oddity here. “Stars in Her Eyes” is a 14-minute musical melodrama about venereal disease in which Hank narrates and sings little snippets.

This wasn’t sponsored by Mother’s Best. It was a part of a U.S. Public Health Service project to reach Southerners about the dangers of VD. None other than the renowned folklorist Alan Lomax helped the government line up singers like Roy Acuff, Woody Guthrie, Sister Rosetta Tharpe and, yes, Hank Williams, to star in musical public service announcements. (There is a cool podcast by WNYC about that HERE.)

Hank’s contribution to this effort was the story of Joe and Lena, a young couple. He goes through their entire tedious courtship and their marriage, aided by a handful of uncredited actors who sound like rejects from radio soap operas. The woman who plays Lena is especially overwrought.

My favorite part is the last scene in which Lena begs forgiveness for giving Joe the clap. Joe gives a classic 1950s manly reply: “Let’s not talk about it. Not now. Not ever.”

At the recommended retail price of $129, it’s fair to say this box set is for Hank Williams completists only. And there are problems beyond the hefty price tag.

The introductions and closings of all the individual programs — there are nearly three hours of these when you add them up — are extremely repetitive. And so are the plugs for Mother’s Best that follow nearly every song. While charming at first, these start getting old fairly quickly.

Despite these flaws, this box set will give a listener a deeper insight into the personality and the musical grasp of one of the true giants of American music.

For those who just want the music, there was a fantastic 2008 three-disc box called The Unreleased Recordings that features 55 Hank songs — just the songs, and no Audrey solos — from the Mother’s Best sessions. It’s out of print, but you can find it for a reasonable price online. 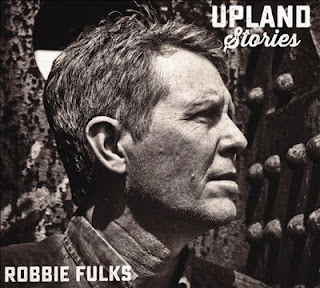 Robbie Fulks in Los Alamos: It was only a few weeks ago in this very column that I was raving about Robbie Fulks’ latest record, his “seemingly subdued, but actually powerful acoustic album Upland Stories,” and how 20 years after his recording debut, Fulks continues to grow as an artist.

You can see for yourself whether I was correct. Fulks is playing at 7 p.m. on Friday, Aug. 5, at Ashley Pond in Los Alamos as part of Russ Gordon’s free summer concert series. Yes, I said free! Bring your own lawn chairs.

These videos, of course are brought to you by Mother's Best Flour


Now here are some real songs


And one of my favorite Hank songs ever