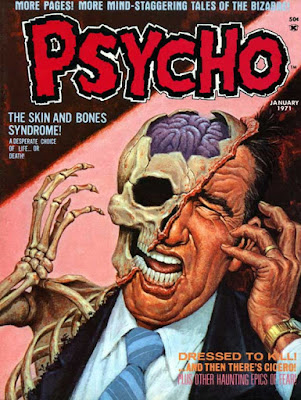 Leon Payne, the blind bard of Alba, Texas, is best known for writing the Hank Williams hit "Lost Highway." Personally, I think he should be remembered more for "Take Me" by George Jones or "Selfishness of Man," a gut-puncher recorded by Jones, Bobby Osborne, Buddy and Julie Miller and others.

I first heard this tune at Cafe Oasis in the early '90s, the first time I saw ex-Angry Samoan Gregg Turner play. It's a perfect song for Turner, a pretty tune full of black humor and strange plot twists. I assumed he'd written it. But he told me it was the work of "some old country guy" and that Elvis Costello had recorded it.

Actually a couple of old country guys recorded it -- first Eddie Noack back in the late '60s. He was a friend of Payne's. Then a Michigan singer named Jack Kittell in the early '70s. Costello didn't get to it until the early 80s during his Almost Blue period. (It can be found as a bonus on at least one version of Almost Blue.)

And many others followed. As Randy Fox wrote in Nashville Scene in 2012, "Psycho" became "a favorite cover song for many alt-country bands that skew to the weirder and darker side of country. Thus proving a great country song will always find its audience, once the world gets weird enough."

In his "Psycho" article Fox interviewed Payne's daughter Myrtie Le Payne, who told how her dad came up with this macabre song.

"Jackie White was my daddy's steel guitar player," [ Myrtie Le] says. "He started working with him in 1968, and the song came out of a conversation they had one day."

Fans of "Psycho" should recognize that name:

Fox wrote, "According to the story related by White, in the spring of 1968, he and Leon Payne were discussing the Richard Speck murders. Speck murdered eight student nurses in Chicago in July 1966 and was convicted and sentenced to death the following year. Being a history buff, Payne was familiar with the cases of many notorious mass killers, and the discussion soon turned to other famous cases — Charles Whitman, Ed Gein, Mary Bell and Albert Fish. That conversation directly inspired the song."

According to this, the opening line, "Can Mary fry some fish, Mama?" is a sly reference to Mary Bell, a child killer who was a child herself. Her life story makes me wonder whether she's the inspiration for Nick Cave's "The Curse of Milhaven."

Indeed, "Psycho" was an unusual song for Leon Payne. But maybe the seeds of it came from an earlier song, one I mentioned above, "Selfishness in Man":

Little children painting pictures of the birds and apple trees / Oh, why can't the grown up people have the faith of one of these / And to think those tiny fingers might become a killer's hand ...

Any way, here  are a couple of more versions of "Psycho," first by an Australian band called The Beasts of Bourbon


And here's a fairly recent one I like a lot by another Australian, Mojo Juju