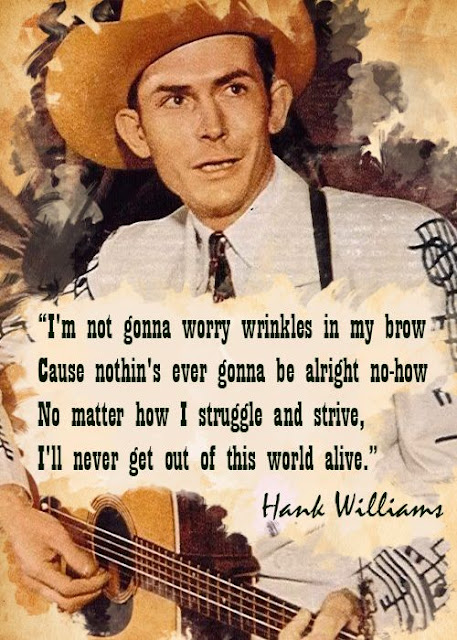 Are you getting ready for Hank's birthday?

Yes, there are only three shopping days before what would have been Hank Williams' 93rd birthday. In a world that hadn't gone insane, this would be a national holiday.

Hank's songs are beloved by all true Americans. But even though we claim him as our own, love for Hank Williams does not stop at our borders. Truly, he belongs to the world as the following videos will attest.

Juáner Dominguez takes us to the bayou country ... of Spain

Yes, they have Hank in Thailand. Apparently they also have chipmunks. Here's a band called Pairote.

In Brazil, The Fabulous Bandits see the Light!

Sabah Habas Mustapha, aka Colin Bass, is an Englishman who was in a wonderful faux Balkan group 3 Mustaphas 3, then in the '90s recorded several albums in Indonesia. Here's his Dangdut cover of "Lost Highway" (written by Leon Payne but made famous by Hank.)

And back to "Jambalya" with a Jakartan hip-hop take on Hank's faux Cajun classic.