And he shares that birthday with one of the greatest religious leaders of this era, the Rev. Jimmy Swaggart. Today he's 82 years young. Happy birthday, Reverend!

A few things to know about Rev. Jimmy in case you haven't seen the light: 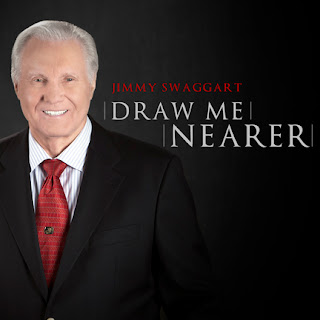 In the mid '80s he was a leading voice in condemning rock 'n' roll, even Christian rock, as "the voice of the Dragon," a tool of Satan.

In 1988 he made a tearful televised apology for his sins after a rival preacher who had staked out Swaggart's favorite No-Tell Motel and found him in the company of a prostitute who told investigators that Swaggart was a regular customer.

Then in 1991, a cop in Indio, Calif.  pulled him over driving down the wrong side of the road. He was in an unregistered vehicle and (gasp!) not wearing a seat belt. And yes, with another prostitute.

This time there were no tearful apologies. "The Lord told me it's flat none of your business," he said from the pulpit of his Family Worship Center the next week.

We haven't heard much from Swaggart since then. But here is some of his music available on YouTube.

Happy birthday, Jimmy. And many more

Here's one called "There is a River"


Yes, officer, He touched me.

On this one, with the help of his choir and band, Jimmy rocks. Kind of.

Here Jimmy sings a classic by Thomas A. Dorsey. "Precious Lord, Take My Hand." Like Dorsey, Swaggart has a little Georgia Tom in him too.