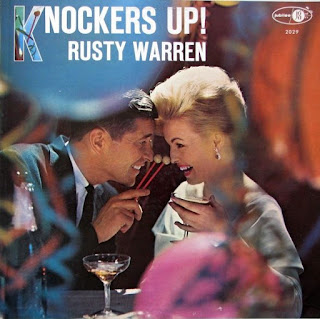 Monday was the 87th birthday of Ilene Goldman, better known in the Free World as Rusty Warren.

She was a comedian and a nightclub singer. And even though she graduated from the New England Conservatory of Music, this brassy broad became the undisputed Queen Mother of what they used call "party records."

Or as she puts it, "I was one of the first loud-mouthed women who would admit we liked sex."

Rusty's off-color, sex-obsessed act managed to sell tons of records--  even though radio wouldn't touch albums with titles like Songs of Sin, Bottoms Up, Sin-Sational, Banned in Boston and -- her most famous -- Knockers Up!

Here is a trailer for a DVD Rusty was hawking a few years ago:

This one probably is her best-known song. Liberal talk-show host Randi Rhodes used to play it every Friday on her show.


I'm not sure why this video features a photo of busty Asian woman, but who am I to argue? 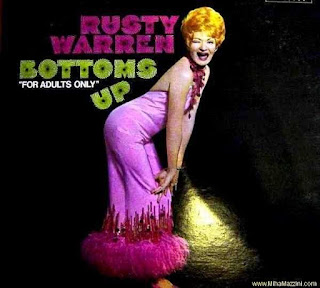