A version of this was published in The Santa Fe New Mexican
April 14, 2017

Here are three of my favorite albums by female singers to cross my reality in recent weeks. 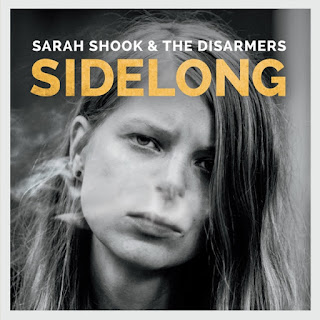 * Sidelong by Sarah Shook & the Disarmers. I don’t say this very often these days, especially when talking about emerging musicians, but Rolling Stone was right. Last summer, the magazine declared that this North Carolina outfit was one of the “10 New Country Artists You Need to Know.”

On my very first listen, I was a fan by the end of the first two tracks, “Keep the Home Fires Burnin’ ” (which has a beyond-catchy melody similar to the bluegrass classic “Rocky Top”) and “The Nail” (a love-gone-wrong honky-tonker with some fine guitar and lap steel in which Shook makes the wry observation, “Well, I ain’t your last, you ain’t my first/You can’t decide which fact is worse”).

With a fresh face like a young Jodie Foster and a voice with more than a hint of a whiskey rasp, Shook sounds as if she were born in an outlaw country song — or perhaps she’s the punk-rock granddaughter of Hazel Dickens.

In the country weeper titled “Dwight Yoakam” (which isn’t really about the singer by that name), Shook sings mournfully, “I’m drinking water tonight because I drank all the whiskey this morning.” Then in “Make It Up to Mama,” she playfully takes the persona of a bad hombre: “Well, I killed a man for lookin’ at me wrong … and I wasted my inheritance on hookers and booze/But I’m gonna make it up to Mama with this mother’s heart tattoo.”

I’m hoping that last one isn’t autobiographical, but I have a feeling that the preceding song — with a title that cannot be named in a respectable family newspaper like this one — might be based on personal experience: “I can’t cry myself to sleep, so I drink myself to death/I got cocaine in my bloodstream and whiskey on my breath/Ain’t a thing that I can change to get my luck up/I guess I’m just too much of a …”

Apparently Sidelong, originally self-released, has been out since late 2015, though Bloodshot Records is rereleasing it for national distribution at the end of this month. 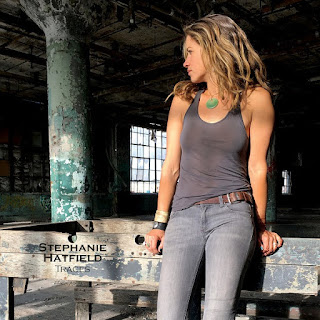 * Traces by Stephanie Hatfield. Santa Fe’s Stephanie Hatfield just released her third and what I
believe to be her strongest album to date. This is music for late-night listening — with her sultry voice and heartfelt lyrics of love and longing.

Several tunes here, most notably “Stay Lover Strong,” “Wrap My Limbs,” “Season Too Soon” and “Exposed,” have a discernible Latin flavor. Aided by two members of a local group, Mariachi Sonidos del Monte (Eric Ortiz on trumpet and guitarist Santiago Romero), Hatfield creates a sound influenced by the band Calexico. And it works. On most of the songs the mariachi is more of a suggestion than the driving force. The driving force, as it should be, is Hatfield’s voice.

Some of my favorites on Traces are the mysterious, smoky “Talking to the Dead” and the soulful, gospel-informed “Sold and Stolen.” On the latter, Hatfield’s voice soars on the bridge while pianist R. Bruce Phillips offers sweet, subtle touches.

But even more satisfying is the minor-key slow-burner called “Confession.” At five and a half minutes, it’s the longest song on the album, but it’s time well spent. With her husband and co-producer Bill Palmer on guitar, the song builds and builds until the listener is virtually on the edge of his seat.

And the lyrics are even more intense than the music: “So I walk, I run, I hide in a bathroom down the hall/Sink to my knees and hold my head as if somehow I can stop the fall/He was gone and so I carried on, but I left most of me behind.”

My only disappointment is that this album doesn’t include Hatfield’s “Wish You Back,” her collaboration with the full Mariachi Sonidos del Monte. But don’t worry. You can download that one for a buck at Hatfield’s Bandcamp page. 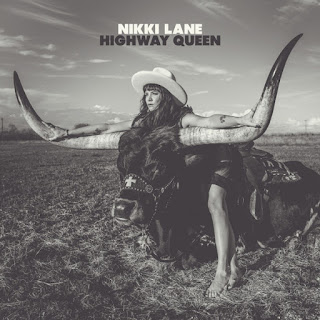 * Highway Queen by Nikki Lane. Like Margo Price and Sturgill Simpson, Nikki Lane is a major voice in a loose-knit movement that I call “new country music that doesn’t suck.” And like Sarah Shook, she’s also got a punk-rock heart.

In fact, the first time I ever heard of Lane was when I saw her open for Social Distortion in Austin a couple of years ago. I walked away from that show with two songs ringing in my head: Social D’s cover of Hank Williams’ “Alone and Forsaken” and Lane’s “Sleep With a Stranger.”

Released earlier this year, Highway Queen shows I wasn’t wrong in my initial impression of Lane as a strong, spunky, and important country artist. But some of the tunes seem to be hinting  that the nonstop touring might be getting to her.

On the opening track, “700,000 Rednecks,” Lane sings, “Well, I travel around from town to town/I do the best I can everyday/I drive long hours and I don’t get to shower and I ain’t gonna brag  about the pay.” Then, on the album’s title song, she sings, “Sixty thousand miles of blacktop/Countless broken hearts between/Winding lines of white that don’t stop/Living the life of the highway queen.”

But it’s not all complaints about the road. “Jackpot,” a snappy little country rocker, is raw joy, as is “Big Mouth,” an upbeat tune about small-town gossip.

And like all great country artists, Lane knows how to write a heartache song. “Forever Lasts Forever” is just stunning. In the refrain she sings, “We swore for better or for worse/And it was better at first, and worse at the end/But they say, forever lasts forever/’til forever becomes never again.”

Lane is scheduled to appear at Launchpad in Albuquerque on Monday, May 1.  Tickets are $13.


Here's a live-in-the-studio song from Stephanie (and Bill)