TERRELL'S TUNE-UP: Six New Ones from Voodoo Rhythm and Off-Label

A version of this was published in The Santa Fe New Mexican
April 28, 2017 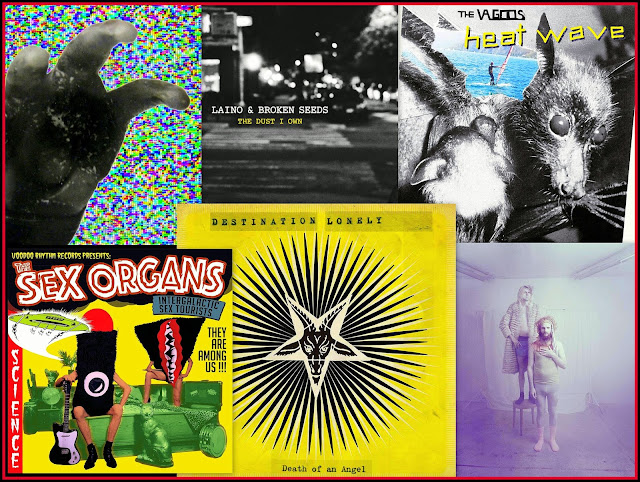 With all the recent news of right-wing nationalism coming out of Europe, it’s refreshing to know that good old-fashioned garage-punk and other subversive stuff is still going strong on the old continent. In fact, my two favorite European music labels — Voodoo Rhythm from Switzerland and Off Label Records from Germany — have been flooding the market with wild, rocking trashy sounds.

Here’s a look at six albums I’ve been enjoying lately — and no, there are few, if any, overtly political songs among this batch. Just songs of love, sex, fun … all those things the authoritarians hate. 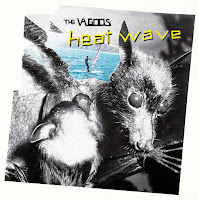 *  Heat Wave by The Vagoos. This fuzz-loving Bavarian quartet is a prolific bunch. This is their
third Off Label release since 2014 and, like their self-titled debut and their six-song EP follow-up, Love You, it’s full of raging, no-frills, hook-heavy guitar rock.

My favorites here include the opener, “Fidget,” which sets a properly urgent pace; “Must Be Voodoo,” partly because I tend to like songs with “voodoo” in the title; “Mint Island,” which features a Yardbirds-style rave-up guitar solo; and “Golden Key,” maybe the fastest and most furious number in an album full of frantic songs. Just listening to it makes me sweat.

But though the breakneck rockers are their specialty, The Vagoos also can play it slow and (kind of) pretty, as they prove on songs like “Hideaway” (somebody’s been listening to The Pixies) and “The Order of Laissez Faire,” which reminds me of The Black Lips (who should be releasing a new album any day now). 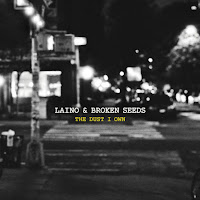 *  The Dust I Own by Laino & Broken Seeds. Andrea Laino is a guitar-playing, harmonica-blowing Italian fellow, but on a trip to New York four years ago in which, according to his press material, he spent some time “in a smoky blues bar on the Upper West Side,” he became obsessed with American blues.

With that inspiration still burning, he came up with a stripped down, blues-based rock sound to amaze and delight. On the Off Label release Dust, Laino is backed by drummer Gaetano Alfonsi and occasional guests.

The song “Fate of a Gambler,” with its distorted guitar and primitive beat, is in itself worth the price of admission. I’m also fond of “Can’t Wake Myself Up,” which Laino himself describes as an “homage to psychedelia. An homage to the fascinating and terrifying sensation you have when you’re convinced that dreams can go on during the daytime.” It sounds as if this “dream” was highly influenced by Bo Diddley. On the mellower side, the album ends with a sweet cover of Mississippi John Hurt’s “Pay Day.” 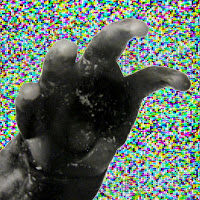 *  7  by Lynx Lynx. This is another garage-bred German quartet. While many of their tunes are just as unrelentingly thunderous as those of their Off Label labelmates, The Vagoos (I’m talking about songs like the opener, “Get Straight,”  “99 Things,” and, best of all, “Who Shot the Druggies”), Lynx Lynx also has a distinct softer side.

You can hear that on the folk-influenced “Coast of Wasted Youth,” the almost two-minute instrumental called “Swörds, Part II” (a soundtrack to some imaginary German horror movie?), and the heavy reverb of “Black Feather,” which features what the band accurately calls “cheap ’70s drum computer noise” behind what sounds like a classic ’60s slow-dance melody. 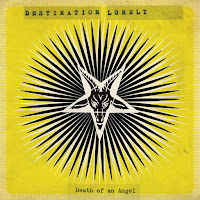 * Death of an Angel by Destination Lonely. When I describe the sound of this French trio as “monstrous,” that’s a compliment. They sound a lot like their Voodoo Rhythm stablemates and veteran (30 years and going strong!) garage-punkers, The Monsters. I’m sure that fact didn’t escape head Monster and Voodoo Rhythm chief Reverend Beat-Man when he signed them.

Like The Monsters, Destination Lonely is fast, loud, and raunchy, with a sincere affection for distorted vocals and guitar. Plus, they’ve got a good sense of rock ’n’ roll history.

Besides covering a song by 1990s Ohio psychobillies, The Gibson Bros (the opener, “Dirt Preacher”), the title song is a cover of a spooky 1955 hit by Donald Woods and The Vel-Aires.  (I first heard the song as performed on a live album by The Kingsmen.) This new version has a spookhouse electric organ that sounds like it’s being played by Del Shannon’s zombie.

* Alawalawa by Blind Butcher. Back in the late ’70s, I believed, deep in my heart, that disco sucked 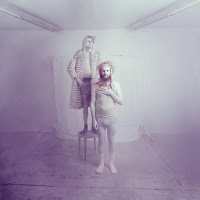 — except for maybe a few songs like Gloria Gaynor’s “I Will Survive” and The Village People’s “My Roommate.”

But this album by a Swiss duo is making me rethink that. Actually, Blind Butcher sounds like an illegitimate demon offspring of disco and punk.

I’m reminded of bands like Electric Six (remember the song “Danger! High Voltage” from 2003?) as well as some ’80s New Wave acts like Nina Hagen. Blind Butcher, I bet, could do an amazing cover of “Cosmic Shiva.” They’ve already got the German language down. And the irresistible opening track, “Staubsaugerbaby” (“Vacuum Cleaner Baby”), is cosmic in itself. 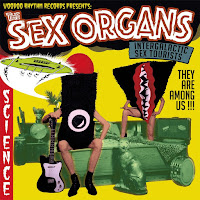 *Intergalactic Sex Tour by The Sex Organs. OK, so this a shtick-laden goof — two guys, a guitarist and a drummer, dressed up like cartoon or perhaps Cubist versions of actual sex organs. (They’re not realistic looking. I don’t think the drummer is in any danger of being grabbed by President Trump.)

“They traveled light-years across the universe on a mission to planet earth to bring YOU their special inter-galactic brand of SEX & ROLL,” their press release says. Most of the songs are introduced by dramatized radio reports of the invasion. And many of the song titles can’t be printed in a family newspaper like ours.

Yeah, The Sex Organs are dumb. But they’re good, dumb, dirty fun. They’ve got the two-man band sound down as they bash away at these catchy, if filthy, tunes. And the last song, a five-minute instrumental that slowly builds from a primitive stomp into a cosmic-orgasmic free-jazz-like frenzy is actually pretty impressive.

Some videos for yas

Here's The Vagoos from Heat Wave.

From the new Lynx Lynx

Blind Butcher with their trashy disco