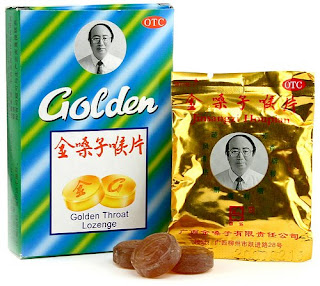 It's been almost two years since Wacky Wednesday explored the magical world of the Golden Throats.

"What is a Golden Throat?," you may ask. As I explained before:

Back in the '80s and '90s, when Rhino Records was actually a cool label, they released a series of albums called Golden Throats. These nutball compilations featured movie and TV stars, sports heroes and every stripe of cheesy celebrity singing ham-fisted versions of songs they had no business singing ...


Indeed, William Shatner is the Elvis of the Golden Throats. But the artists below might just be the Fabian, Frankie Avalon, and ... oh, I don't know. That metaphor is failing faster than a Golden Throat song.

Let's start off with Shaquille O'Neal. I'm pretty sure the "skillz" he's rapping about aren't musical.

William Shatner wasn't the only Golden Throat on the Starship Enterprise. Here's a little Spock Country.

I dream of Barbara Eden ...

And Jerry Mathers as The Beaver 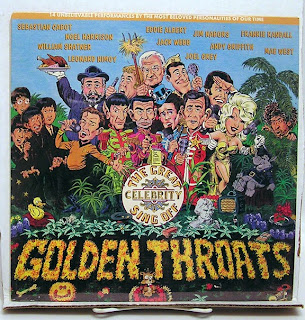