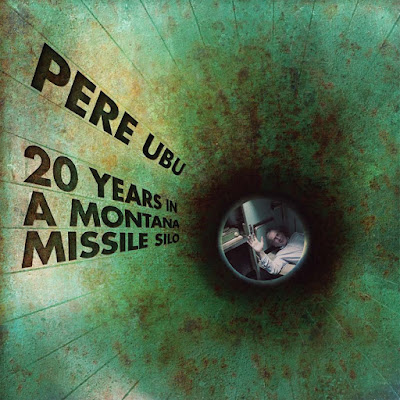 Monkeys and clowns. They’ll bounce around. At least that’s what Pere Ubu’s David Thomas tells us on the first track of Ubu’s new album 20 Years in a Montana Missile Silo. It must be an important message. In that song, “Monkey Bizness,” he repeats it over and over again, sometimes exclaiming, “Sex clowns! Bounce around!”

But it’s inspired nonsense. And most important, it’s rocking nonsense. In fact, 20 Years in a Montana Missile Silo, by my estimation, is the most outright rocking studio album Pere Ubu has unleashed in about a decade, maybe longer.

No, the band hasn’t forsaken its heritage of avant-garde, experimental, atmospheric sounds.
But they also haven’t forgotten how to make your feet move and head bang either. As Thomas himself explains in the official press release, “To my way of thinking, the new album is The James Gang teaming up with Tangerine Dream. Or something like that.”

For those who haven’t followed Ubu for all these decades (the 40th anniversary of the group’s first album, The Modern Dance, is coming up next year), this Cleveland band emerged during the punk and New Wave scare of the late ’70s, even though they’d been around several years before they made their first album. But they didn’t sound like your typical punk outfit. Their foundation was clearly garage and surf rock, but with their darkly bizarre lyrics, Thomas’ warbling vocals, and Plan 9 From Outer Space-esque synth noises, Ubu was a unique force.

Despite countless personnel changes, the band has remained true through all these years to its original vision. Thomas is the only original Ubu in the current line-up, though three members — bassist Michele Temple, synth man Robert Wheeler, and drummer Steve Mehlman — have been in the band since the mid-’90s.

After that blast of joy and weirdness that is “Monkey Bizness” comes one that may explain Thomas’ reference to the James Gang.

For you youngsters who might not remember many Nixon-era bands, the James Gang was a popular power trio that was the pre-Eagles launching pad for Joe Walsh. Probably their best-known tune was one called “Funk #49,” which also is the title of one of the songs here.

But even though the opening guitar riff is kind of similar to the James Gang sound in a mutated, otherworldly way, it’s not the same song. I can’t imagine Walsh singing lyrics like “It’s a bird of prey/It hunts for blood/I let it hunt for blood. … It’s not a song you want to sing along to/You don’t want to get these thoughts inside your head.”

Thomas has a knack for appropriating titles of old rock, soul, and country songs. Back on Ubu’s second album, Dub Housing, they did a song called “Drinking Wine Spodyody,” which definitely was not the old R&B pounder. On 1991’s Worlds in Collision, they took the great notion to do a song called “Goodnite Irene,” which wasn’t anything like Leadbelly’s tune. They’ve also recorded songs called “Memphis,” “Woolie Bullie,” and “Blue Velvet” that are nothing like the originals. And here, besides “Funk 49,” they borrow a James Brown title, “Cold Sweat.” Ironically — or perhaps not — this song, which ends Missile Silo, is one of the slowest, prettiest ones on the album. It doesn’t sound much like the Godfather of Soul, but it’s got an odd soul of its own. 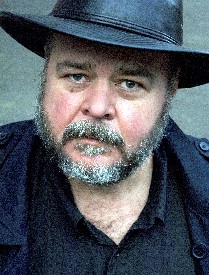 There are a few slower, less frantic moments on this record.“The Healer” is one. But the better one is the creepy “Walking Again,” which has subtly ominous lyrics like “C’mon, baby, that’s what I say/C’mon, baby, you’re gonna walk this way/We’re gonna see/We’re gonna say what’s on our mind/We’re gonna see/Gonna be a good time.” And that’s followed by the eerie “I Can Still See” (“I can still see/that picture of you and me/It’s carved in my head/with a knife that’s kept in my head”).

But my favorites are the rockers, like the fast-and-furious little number called “Toe to Toe.” Here Thomas not quite sings but shouts, “20 years of a living hell/At the bottom of a missile well/20 years a forgotten son/Staring at the border of the Kingdom Come/20 years toe to toe with Uncle Joe.” This might be some nightmarish remembrance of the Cold War — “Uncle Joe” being Stalin? I dunno.

The whole song lasts less than two minutes, which is the case of a couple of the other coolest rockers on Missile Silo, “Swampland” and “Red Eye Blues (“I’m snowblind in the hollering dark/I’m chasing time and I’m coming apart”). Though these guys aren’t strangers to epic tracks that last five or six minutes, many songs here are on the shorter end of the spectrum. And that serves them well.

I guess my problem is that I’ve let Pere Ubu’s thoughts into my head. I hope they stay around spreading their strange glory and rocking like maniacs for another 40 years.


I've always been a sucker for sinister pinball, so I love this one.

Here's another one from 20 Years in a Missile Silo

And just for the heck of it, here's a clip from David Sanborn's Night Music, circa 1989. Here Ubu does "Waiting for Mary" -- with Debbie Harry on backup vocals