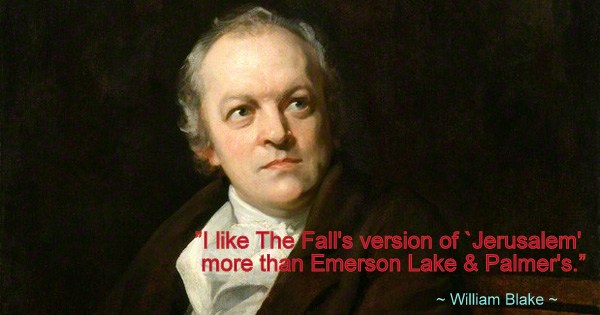 An yes I did say Rock 'n' Roll. Blake's poems not only influenced the lyrics of rockers like Bob Dylan and Patti Smith, he's been covered by several acts in the rock era.

Folkie Greg Brown did a whole album of Blake songs called called Songs of Innocence and Experience. Here's a track called "The Tyger."

An Italian band called The Movie Star Junkies put Blake's "A Poison Tree" to music, It's the title song of their 2010 Voodoo Rhythm album.

Back in the mid '70s Emerson, Lake & Palmer on their album Brain Salad Surgery introduced prog rock fans to Blake with "Jerusalem."

But The Fall did it a thousand times more bitchen:

On “You Don’t Pull No Punches But You Don’t Push the River,” Van Morrison celebrated the poet's early skiffle band, William Blake & The Eternals. 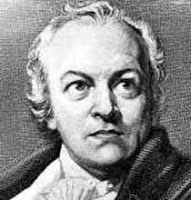